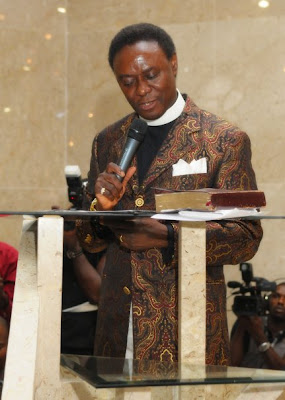 For allegedly threatening Pastor Chris Okotie and disrupting service at the Household of God, Lagos, an ex-pianist with the church, Okiotor Dafiagbor, was yesterday docked at an Ikeja Magistrates’ Court.

The 40-year old defendant is facing a three-count charge of breach of public peace, assault and threats.

Dafiagbor, who gave his address as 6, Rudolf Close, Maitama, Abuja, however, pleaded not guilty.

According to the prosecutor, Inspector Samson Ekikere, the defendant had on July 15 at 10 a.m. stormed the church located at Oregun and prevented the officiating ministers from holding a Sunday service.

“He threatened the ministers in front of the congregation and disrupted the church service.

“Dafiagbor claimed that the church was owing him for the service he rendered as the pianist between 1995 and 2009,” he told the court.

He said the accused also threatened and insulted the General Overseer of the church, Pastor Chris Okotie, over the alleged unpaid allowances.

Ekikere said that the pianist claimed that he was supposed to be paid N20, 000 per fellowship, but did not provide further details.

Magistrate Taiwo Akanni granted the defendant bail in the sum of N50, 000 with two sureties in like sum.

She adjourned the case to October 23 for further hearing.