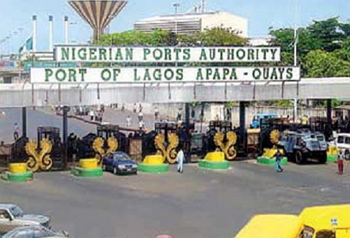 Hyginus Onwujialiru, a 51-year-old clearing and forwarding agent was today arraigned in an Ikeja Magistrates’ Court, for allegedly defrauding a customer of N2.6million.

Onwujialiru, whose address was not provided, is facing a two-count charge of fraud and stealing.

The prosecutor, Insp. Peter Nwangwu, told the court that the accused committed the offences between March 9 and April 6 at No. 14 Jasper Ike St., Lekki, Lagos.

He said the accused defrauded the complainant, Mr Obed Aika, as he failed to clear the four cars he was paid to clear from Apapa Ports.

“The money was paid into the accused account by the complainant to clear the cars.

“He absconded with the money until he was apprehended by the police,’’ he said.

The offences contravened Sections 287 and 314 of the Criminal Law of Lagos State, 2015 (Revised).

The NAN reports that Section 314 stipulates a15-year imprisonment for obtaining under false pretences, while Section 287 provides a seven-year jail term for stealing.

The Chief Magistrate, Mrs Y.O. Aje-Afunwa, granted the accused bail in the sum of N600, 000 with two sureties in like sum.

She said the sureties should show evidence of tax payment to the Lagos State Government.

Aje-Afunwa adjourned the case until July 4 for hearing.