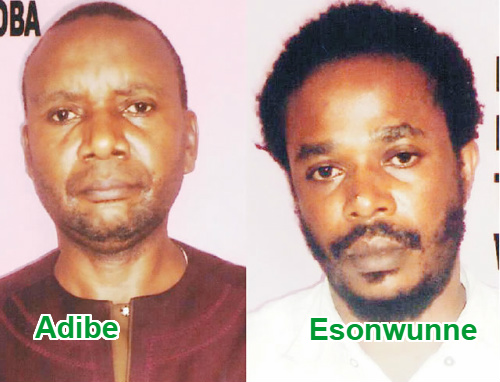 NDLEA officials at the Akanu Ibiam International Airport Enugu State, have arrested a clearing and forwarding agent, who ingested 74 wraps of cocaine while on his way to China.

The agency’s spokesperson, Mr. Mitchell Ofoyeju, said on Friday that the suspect, 47-year-old Adibe Baloba, was caught during outward screening of passengers on an Ethiopian airline flight to China.

The NDLEA commander at the Enugu airport, Adeofe Adeyemi, was quoted as saying that the cocaine, which Adibe ingested weighed 1.417kgs.

“A second suspect, Onyechi Esonwunne, was caught attempting to send a luggage containing cannabis to China through an unsuspecting passenger. The cannabis was carefully prepared inside packs of noodles to avoid detection. Investigating officers are working hard on the cases and the suspects will soon be charged to court,” Adeofe said.