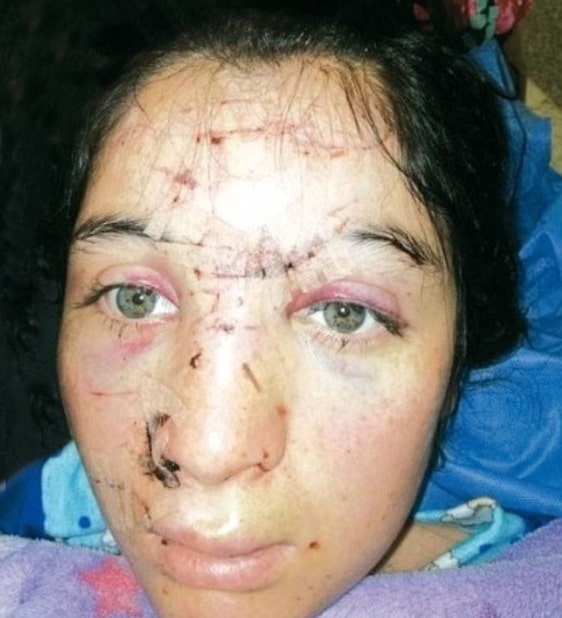 A woman from Colombia had to fake her death after her she was savagely beaten and allegedly raped by her boyfriend because she had turned down his marriage proposal.

Several months after the brutal beating, 23-year-old Diana Luna has already undergone six plastic facial surgeries to try to erase the pain she suffered the morning of June 21 and is expected to be submitted to a few more operations.

Luna recalled playing dead on two occasions before her ex-boyfriend Julio Alexander Ortiz, 33, stabbed her in the right side of her head, just above the right ear, before she miraculously escaped.

‘The only thing I thought about was what my burial was going to be like,’ the southern Bogota native revealed during a media round with various outlets this week outside Tunal Hospital, where surgeons have worked endlessly to restore her normal face features.

‘What is my family going to think? What will become of my daughter?’

According to the Boyaca Extra, in April, Luna decided to end her abusive relationship with Ortiz, the father of then 10-month old daughter. 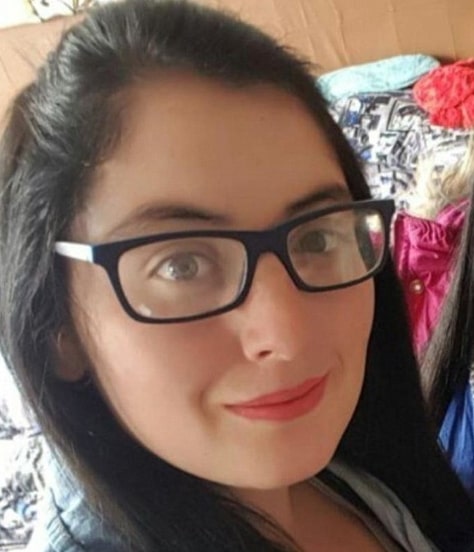 Ortiz did not handle the separation well, and stalked his ex-girlfriend’s moves in the vicinity of the town of Usme until he managed to surprise her with a weapon in hand and ordered her to hop on his motorcycle.

The jealous boyfriend then drove off to to a local motel where he sexually forced himself upon Luna.

From there, Luna recalled, an obsessed Ortiz then took her to a farm area in the town of El Uval where he presented her with two rings, but the young woman rejected his engagement proposal.

An enraged Ortiz reacted by attacking Luna with the use of several weapons.

The crazed ex-boyfriend also took a piece a cloth and wrapped it around a small saw before delivering blows to her abdomen, back and hips.

During the beating, Luna somehow was able to place a call to her family, who with the assistance of the local police was able to track her location and save her before transporting her to a hospital.

She required 49 stitches to close off the cuts in her face.

‘There were wounds that jeopardized her lips, the edge of her nose,’ head surgeon Marco Antonio Salazar told Univision.

‘So it always increased the reconstruction’s complexity level.’

Ortiz was arrested and released the same day but after a public outcry, authorities rearrested him and placed him under house arrest.