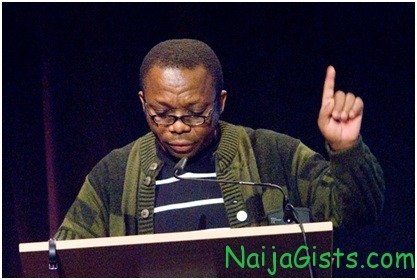 4 family members in the UK have been jailed for life for murdering a pregnant woman, Naila Mumtaz, 21. They believed she was possessed by Djinn or evil spirit.naijagists.com

Muhammed Mumtaz, 25,- husband- was sentenced by a British court along with his parents, Zia Ul-Haq and Salma, both 51, and brother-in-law Hammad Hassan. Mrs Mumtaz’s in-laws thought she was possessed by Djinn and killed her in the course of driving out the harmful spirit.

The ‘Djinn spirit’ was believed to have been sent from Pakistan. This ruling should serve as a wake-up call to authorities across the world to ‘evil spirit’ related abuses in our communities. The belief in demonic forces-devil and Satan- is very strong and often drive people to commit atrocities.

These abuses are widespread in religious and spiritual families but nothing is being done to address them due to entrenched religious privilege. A very dangerous layer of the belief in evil spirits is the notion that human beings can be possessed by these demonic spirits. It is not clear how this possession takes place or can be confirmed.

These associations are often rooted or reinforced by sacred texts or religious indoctrination. Some self-styled god men and women have gone to the extent of stating specifically behavioural patterns associated with evil spirit possession.

For instance, one of Nigeria’s top witch exorcist, Helen Ukpabio, wrote in one of her books,

Unveiling the Mysteries of Witchcraft, that: “If a child under the age of two screams in the night, cries and is always feverish with deteriorating health, he or she is a servant of Satan”. Such thoughtless pronouncements often cause believers to demonize and stigmatize persons who exhibit such traits. But the belief in evil spirits does not end with mere demonization of individuals. It is linked with the practice of exorcism.

To exorcize means to force an evil spirit to leave a person through prayer or magic. Exorcism is informed by the mistaken idea that demons can be driven out of the possessed. Exorcism is taken to be a form of healing- spiritual healing, a process of expelling the evil spirits from the bodies of possessed persons. The process of exorcism ranges from prayers uttered or recited to expel the demons to psychological and physical torture, inhuman and degrading treatment of the ‘possessed’.

In the name of exorcism, those believed to be possessed by evil spirits are chained, beaten, starved and forced to take health damaging concoctions. Due to the fact that exorcism is taken to be a form of ‘treatment’ or ‘healing’, these abuses are largely ignored and perpetrators are not brought to justice.

I hope the case of Mrs Mumtaz will help draw the attention of authorities to evil spirit related abuses taking place in our families and communities. This has become necessary because those often targeted by exorcists are vulnerable members of the population- women, children and persons living with disabilities.

There is need to monitor what goes on in ‘faith clinics’, spiritual homes and at deliverance sessions. These are spaces where serious violations are sanctioned and sanctified.
But we must note that faith related abuses cannot be addressed by legislation alone. These abuses are often as a result of intense brainwashing and indoctrination at homes, schools and worship centers. So there is an urgent need for public enlightenment and reorientation. We need to educate the public to understand that belief in evil spirits is superstition. The belief is informed by fear and ignorance, and lacks basis in reason, science and common sense.

Evil spirits do not exist except in the minds of believers. They are creations of human imagination. Evil spirits are fantasies, not facts. Spirit possession is a mistaken assumption invented at the infancy of the human race, and then codified and handed down in form of tradition, dogma and religion.

Torturing people believed to be possessed by evil spirits is immoral and criminal. Members of the public must be made aware that the so called exorcists who claim to have powers of delivering persons possessed by evil spirits are charlatans- and criminals- mining and exploiting popular fears, ignorance, anxieties and gullibility. (article by Leo Igwe)