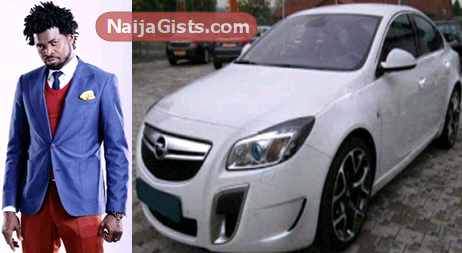 Nigerian comedian Bright Okpocha who is well known for the stage name Baskemouth has made history after the acquisition of his brand new customised 2013 Opel Insignia car.

Basketmouth announced the delivery of his brand new wonder on wheels few hours ago via his Twitter page.

Below is a quick update from the popular comedian few hours back:

She’s the first and only one in Africa,I built her from the scratch,as in…I cooked her like soup”

Basketmouth is the first guy to acquire the car in Africa.

That is something! God has indeed blessed him.