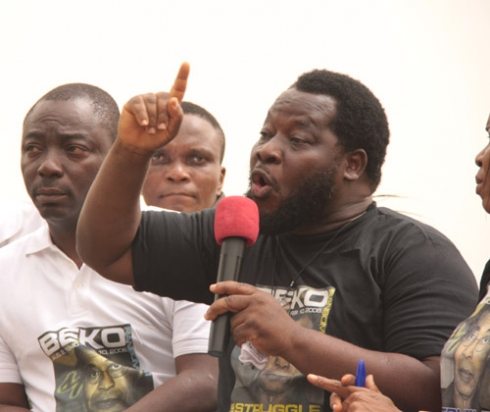 The armed robbers who stormed his residence with dangerous weapons injured him. They also carted away his wife’s jewelry and some of his personal high tech gadgets which include an Ipad, Laptop and cell phones.

Femi Aborisade who said the gunmen attack appeared political in nature sent the message below few hours ago:

“Members of my family and I have just been attacked by armed robbers at my residence within The Polytechnic, Ibadan, between 12:40 and 1:00 a.m. today.

“They left cuts on me in the process of their attacks on me and my wife. Though I do not know whether or not the attack has political undertone, I will continue to be critical of bad governance till I breathe my last,” Comrade Aborisade said. (Credit: Nigerian Tribune)