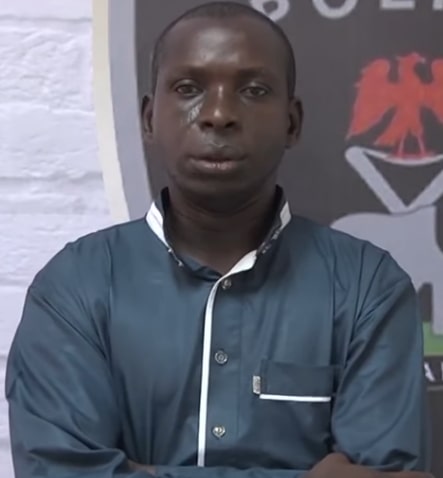 Billionaire kidnap kingpin Hamisu Bala popularly known as Wadume has confessed that soldiers aided his escape on August 6 after he was arrested by police detectives.

Two of the detectives attached to the special anti-kidnap squad of the Inspector General of Police and a civilian were killed when soldiers opened fire on them.

The development sparked a public row between the Police and Soldiers with Nigerians completely appalled.

Wadume, who has since been re-arrested by police detectives in hideout in Kano, confessed in a video obtained by the Nation during interrogation that soldiers assisted him to escape.

In the 41-second video, Wadume, who spoke in Hausa, said :

“I am Hamisu Bala also known as Wadume. The police came to Ibi and arrested me.

“After arresting me, they were taking away when soldiers went after them and opened fire and some policemen were killed.

“From there the soldiers took me to their headquarters and cut off the handcuffs on my hands and I ran away.

“Since I ran away, I have been hiding until now that the police arrested me.”

Dwayne Johnson Marries Girlfriend Of 12 Years Lauren Hashian In Hawaii
A Note Of Appreciation For Your Support: See What He Did To Me….