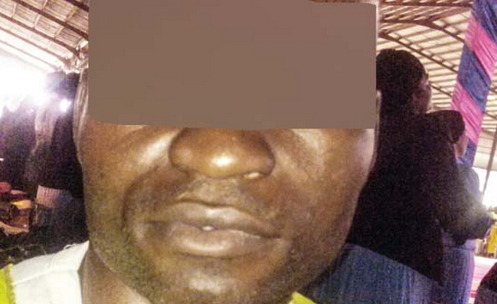 He became a Black Axe Confraternity member at age 16 after which he turned into a notorious serial killer.

His excellent performance later earned him the position of the Chief Protocol Officer of the dreaded cult group in Nigeria.

Insisting that he has changed, Mohammed aged 29 is now on a mission to save other lost souls like himself through gospel music. He told the story of his exploits in a chat with The Sun.

As a boy, Mohammed had all the love and atten­tion he could get from his family especially his fa­ther. Determined to get accustomed to his religion as a Moslem, his father sent him to Saudi Arabia to learn everything about the Holy Koran. Within the one year duration of the course, Mohammed had so many friends including one who later thought him how to be in control of the society and live his life as a king. “He was my childhood friend, and while in Saudi Arabia, he told me everything about the Black Axe Confraternity. I even remind­ed him that our parents sent us to Saudi Arabia because they want us to become Islamic clerics.

“When we returned back to Nigeria, he per­formed all forms of magic to convince me that there is more to gain as a member of that cult. It was when I saw him command a living maggot to swallow a far bigger animal that I was convinced to join in 2001. I was very young then but deter­mined to be powerful,” Mohammed said.

After the initiation, Mohammed said he was shocked when they told him that part of their duties was armed robbery and assassination. “I thought that part of the magic was that one will command money to fall from the sky and it will. I never knew that we had to steal to be rich. Initially it was not easy especially watching people die but gradually, I became perfect to the point that I was appointed the Chief Protocol Officer.

“During the initiation, we were forced to drink human blood and sprinkle part of it on our cloths. Everyone was asked to keep that cloth safe as long as we live and still a member of the cult. I was assured that the blood that we drank had fortified our body and we will never be killed. As a mem­ber, you are constantly reminded that forgiveness is sin and whatever comes your way, you must accept it.”

On the number of persons that he killed, Mo­hammed confessed that he had lost count. “Most of the time, it is normally a battle field and sev­eral people get shot. The only time I got hit was in 2011 in Kaduna, when we had gone to snatch bags of money from a politician. We never knew that he had military escort. I was shot at the leg but succeeded in snatching the money which is close to a billion. It was one of our most rewarding op­erations. Not to leave a trace, we shot the driver who was our informant so that he will not be a suspect.”

Worried that he sustained a bullet wound, Mo­hammed said he was advised to visit a herbalist. “The herbalist known as Oyo Baba, gave us two rings to wear always. He claimed that one is to snatch the destiny of babies which will help renew our powers. The second ring will become hot if there is a danger around the corner.”

Mohammed further alleged that most of their operations, they have the consent of some corrupt policemen who are on their payroll.

“As the Chief Protocol Officer, it’s also my duty to organize events that will lure the youths. I have organized several parties in Abuja and normally it is free for all. When young men are intoxicated, it is easier to convince them to take drugs and give you information about their family. Our targets are normally children from very rich homes. They en­joy attention and are desperate to free themselves from their parent,” Mohammed said.

Intoxicated by the power being a member of the cult had given him; Mohammed said that he feared no one because the potency of the ring on his finger had been proven. “I felt invisible till I was arrested by a force bigger than anything in the whole world. A neighbor whom I respect a lot invited me to a program. He never told me that it was a church program, and out of excitement, I forgot to go along with my ring.

“It was when we entered the hall that I realized that it was a church programme. Suddenly, I felt as if my whole body was on fire. I kept screaming till I lost consciousness. When I finally opened my eyes, I saw several persons praying for me outside the church. They told me that they had conducted a deliverance session for me when I started scream­ing. I knew that it was time for me to change when I realized that the ring had disappeared. I also de­stroyed all the military uniform and arms in my possession. I only ask God to forgive me and heal the several families that I have hurt when I was a member of the Black Axe,” Mohammed said.