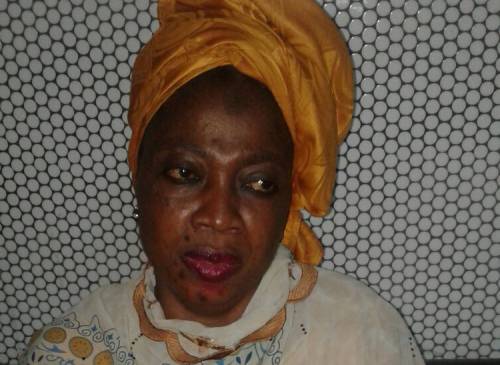 According to the NDLEA the married woman was caught today with 2 parcels of cocaine concealed in her luggage as she was about to board an Egypt Air plane to Jeddah.

The textile trader at Balogun Market in Lagos who hails from Ogun state claimed innocence after she was caught during a routine check on passengers at the departure hall of MMIA Ikeja.

See her confessional statement below: