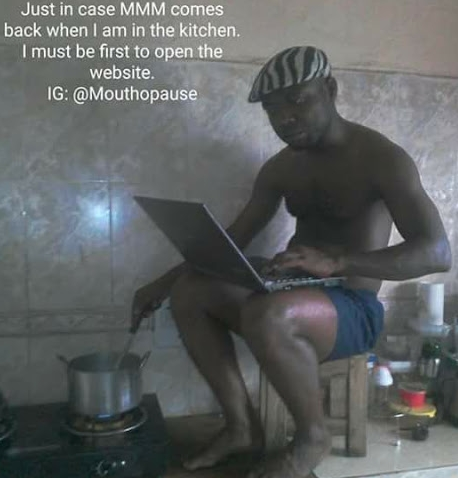 Just as the popular multilevel finance scheme, Mavro Mondial Movement (MMM), unfroze participants’ accounts on Friday, many spectators and investors alike, feel the scheme would not be business as usual, as participants are currently scared of pledging and providing help.

Though few participants are of the opinion that unfreezing the accounts, which were frozen since December 13, 2016, was a great relief to contributors and confidence in the Ponzi scheme, others are not keen on providing help, not even when merged with others that need help.

More so, a number of participants, who spoke to Sunday Telegraph in separate interviews, added that they won’t provide help until they have recovered the money they invested in the scheme since 2016.

“I’m happy that the scheme is back but the truth is that, I won’t provide any help to another participant if I’m called upon, until somebody sends help to me. I requested for help a day before MMM management issued the statement that suspended request for helps.

I’m entitled to help, so I have to get one first,” said Benson Adegbonro, one of the participants.

Although Adaora Okeke, who was contemplating joining the scheme before MMM recorded low activities, was happy that the scheme is back, yet she’s sceptical about pledging and providing help, as she is yet to see a participant rewarded by the scheme since its reopening on Friday.

“Once I see one person that the system has rewarded, I will pledge in mine immediately. That confirms that the scheme is back for real,” said the 27-year-old Adaora.

An automobile engineer at Ikeja Mechanic Village, Asika Okorie, who pledged N100, 000 in the scheme, said, it would amount to foolishness for him to provide help to anybody without, first of all, collecting his N100, 000 with accompanying bonuses.

Okorie, who requested help immediately the MMM announced reopening of the scheme, said, “I’m sure they will merge me with somebody but until then, I will not provide help.”

“It’s just natural that after crises, one doesn’t go into serious investment. You need to understand the environment and policies on ground before investing. I will not participate in the scheme for now.

I need to allow for some days before I can indicate interest,” said Iwunze Peter, an Information Technology expert.

But contrary to some subscriber caution, Kasim Onikekun said he would pledge and provide help as soon as he is merged with somebody.

He noted that the reopening of the programme, a day before the set time, showed that the scheme is driven by integrity and straightforwardness.

On the other hand, it appeared the scepticism was well prepared for as the founders of the scheme in Nigeria said overflow of requests was expected from participants, who couldn’t get help last year, noting that, the payment would be slow but sure.

The founders who stated that there will be limits to amount payable for now, said MMM would prioritise payments to participants with small amounts, which were not specified. He noted that big investors would have to wait for a while to get the necessary funds.

In the statement, he urged the heavy investors to be patient as the MMM is certain that the scheme’s operability will return to normalcy.