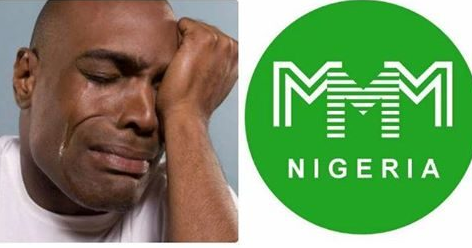 Higher institution students in Nigeira who were caught in the web of waiting for a big pay day with the popular multi-level finance scheme, Mavro Mondial Movement (MMM), after investing their school fees in the scheme in a bid to make extra cash, have confessed that their situation is dicey, as school authorities in Nigeria have refused to accept the digital monetary scheme Bitcoin as payment option for school fees, even as the scheme’s regulated operation resumed on Friday. CHIJIOKE IREMEKA reports

Students, who subscribed in the recently unfrozen popular multilevel finance scheme, Mavro Mondial Movement (MMM), investing their school fees ahead of payment this month hoping to make quick profit, are currently in soup, following the introduction of a new payment option which gives them no access to physical cash.

The new payment option announced last weekend by the operators, the Bitcoins, does not allow for physical cash, rather it’s a digital currency where encryption techniques are used to regulate the generation of units of currency and verify the transfer of funds. It operates independently like a central bank in its payment pattern.

Bitcoin is a crypto currency and a payment system invented by a yet to be identified programmer, or group of programmers, under the name of Satoshi Nakamoto, which was introduced on October 31, 2008 to a cryptography mailing list, and released as open-source software in 2009.

However, until December 2016, when the MMM scheme froze monies deposited by unsuspecting subscribers, a heartbreaking development which hung the dream of many Nigerians of having a fabulous yuletide, in the balance, the Ponzi scheme had gained so much grip in Nigeria.

The scheme, often described as a glorified money-doubling machine, became very popular and beneficial to millions of Nigerians who smiled to the bank after just two weeks of unconventional investment. Our investigations revealed that many of the participants, who are students, had projected to get bumper cash payments in January 2017 to pay their school fees, but this has turned out to be a nightmare.

To worsen an already bad case, the freezing of subscribers’ accounts has reduced the people’s confidence in the Ponzi scheme. Bitcoin, like gold is scarce, this is due to its limited supply.

It was learnt authoritative that there is going to be only 21 million Bitcoins ever and out of such, only about 16 million is in circulation at the moment, as the rest are continually being processed electronically. With Bitcoin, you can invest for the future. For Nigerians, Bitcoin can serve as a highly profitable investment, due to the behavioral pattern of the Nigerian naira in the foreign exchange market.

Miss. Augusta Ogunlesi, a second year student of Mass Communication at the Lagos State University, told our correspondent: “My major concern is how to pay my school fees. I have asked the school authority at LASU, if I can pay my school fees with the Bitcoin since I had invested my schools fees in the Ponzi scheme.

“I have been told in clear language that such is not acceptable by the institution. I don’t know how to tell my parents about this. I’m in a total mess,” said Augusta, who was introduced to the scheme by one of her course mates, who earlier made some easy cash from the scheme.

On the need for the new payment option, Sunday Telegraph gathered that operators of the scheme decided to freeze the accounts of participants last month and resume operation on January 14, 2017, when it was discovered that the rate of withdrawals grew in geomet- ric progression, while the rate of those pledging to help grew at arithmetic progression. The consequence of this was the failure to fulfill the obligation of payments to subscribers during the yuletide period. It was learnt that initial measure taken by the scheme to tackle this pitfall was the introduction of December bonus, which was in the range of 70 per cent.

Expectations have been dashed as desired permutations have scandalously crashed putting students who lodged their school fees into the Ponzi scheme in dire strait.

The affected students have started making alternative plans to raise funds to pay their school fees. “The truth of the matter is that, it will be difficult for us to get our money back in cash.