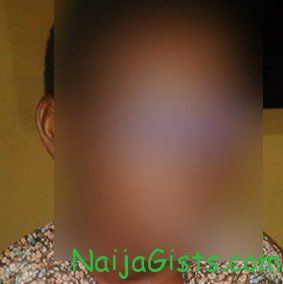 In a court sitting in Uyo today, a man identified as Godwin Ime Alex was sentenced to life imprisonment for allegedly raping a girl, Nancy Michael Ekefre at gunpoint.

Alex committed the offence about three years ago along Abak Road in Uyo.

Justice G. E. Archibong, who delivered the judgment, said the prosecution has proved the charge of rape beyond all reasonable doubts.

He, however, acquitted the convict on the second charge of stealing “for want of evidence.”

The prosecution said the convict on November 25, 2014 dragged the victim to the back of the Corpers’ Lodge at Abak Road, Uyo, and forcefully had sex with her.

The victim, who testified as PW1, said:

“I was returning from a friend’s place on the said date when I passed through a narrow path and I was accosted by Alex, who was pretending to be defecating.

“Alex threatened to shoot me if I refuse to cooperate with him. The fear of being shot, coupled with the fact that nobody was on sight to rescue me gave him the upper hand.

“At that point, he dragged me behind the corpers’ lodge and commanded me to hold the fence, stripped me off my trousers and forcefully penetrated without my consent.”

In Alex confessional statement tendered by the prosecution, the convict admitted to the crime, saying “I ordered her to hold the fence and forcefully had sex with her.”

Continue Reading
You may also like...
Related Topics:uyo akwa ibom