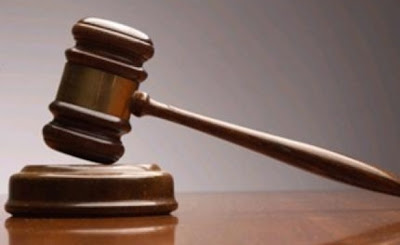 Feb 07, 2013 – Convicted Rapists To Get Life Sentence In Nigeria

Lar, who made this known in an interview with the News Agency of Nigeria (NAN) in Abuja, said the National Assembly had decided to expedite action on the passage of the bill, considering the increasing prevalence of rape in the country.

She pointed out that the bill would not only protect rape victims but equally provide protection for victims of violence including physical, sexual, psychological, domestic, harmful traditional practices and discrimination.

“My only concern is that in our laws today, the punishment for rape is very light and that is why you find people committing rape against children, it’s unfortunate.

“It is because of issues like this that it has come to the attention of the National Assembly that we have the Violence against Persons Bill.

“It is a bill that seeks to eliminate violence in private and public life, to prohibit all forms of violence including physical, sexual, psychological, domestic, harmful traditional practices, discrimination against persons and provide maximum protection and effective remedies for victims and punishment for offenders.

“Part one of this bill, which has passed second reading in the House, defines a rapist as one who intentionally violates another person and the conviction for this offence is life imprisonment.

“The National Assembly is seeking to stiffen punishment for rape because the punishment has been so light. People feel they can do it easily and get away with it but once this bill is passed you would think twice before committing rape because they can go to jail for life.“

The chairman stressed that the law would not exempt couples caught in the act of rape, adding that women deserved their respect and right to life.

She called on friends and relatives of victims of domestic violence as well as victims themselves to break the culture of silence by reporting rape cases.

She said the law could only take full course when cases of rape were reported to law enforcement agencies, particularly the Police.

She also said that people always took advantage of the culture of silence to rape those related to them, adding that “it would no longer be business as usual with the passage of the law”.

“Why we have an increase in this violence is because we have a culture of silence. Most of the people that commit acts of violence against women are people that are known to women.

“For instance domestic violence. Is either your spouse, or in cases of rape, especially the rape of infants, its mainly people around them, their guardians, their wards, so called family friends and people who are known to them .

“All of these contribute to increase in cases of violence but I’m happy that now women are beginning to speak out. For instance, recently the case of the very unfortunate incidence that happened in Abuja where unidentified soldiers raped about four different women, one of them being a married woman for no reason at all.

“First of all those soldiers were not even mandated to pick up so called prostitutes. That was not within their mandate. They were posted on a different assignment somewhere and they decided to be mischievous and of course their target was women.

“I am very happy that they did not get away with it. Right now they are facing trial in a court of law. “They’ve been dismissed from the army because they went beyond their duty and if they are found to be guilty by the court, of course they would face the punishment.”

Dog With Human Face Rescued In US (Photo)
Chief Kayode Adeshina, Onimole Of Lagos Shot Dead At His Palace In Isale Eko