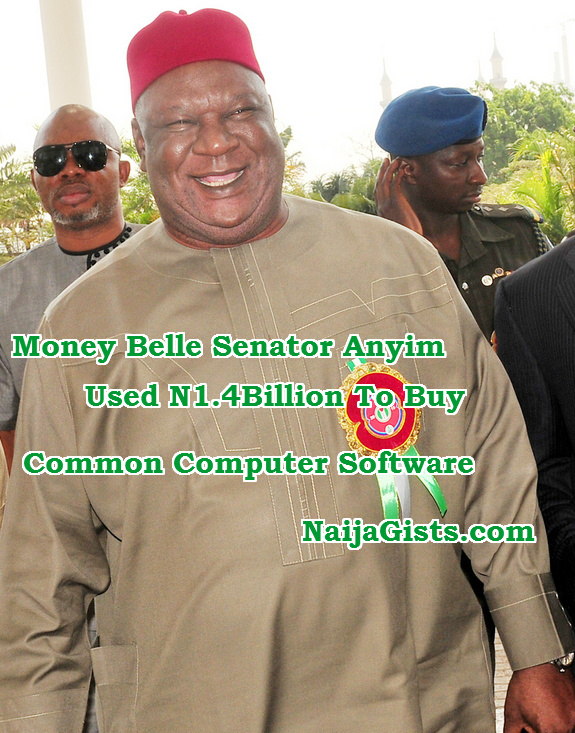 A senator yesterday spoke of how poor budgeting over the years hampered Nigeria’s growth.

Senator Enyinnaya Abaribe (PDP Abia South), in his review of budgets, especially in the immediate past administration of Dr. Goodluck Jonathan, highlighted huge inconsistencies in budgetary processes and duplication of subheads which accounted for poor implementation.

He cited the approval of N1.4billion by Jonathan’s administration for the acquisition of computer software for the Office of the Secretary to the Federal Government between 2012 and 2015.

One-time Senate President Anyim Pius Anyim is the immediate past occupant of the office.

Abaribe, who spoke in Benin City, the Edo State capital, was delivering the 2015 Faculty of Social Sciences Annual Lecture of the University of Benin (UNIBEN). The topic was “Our Country, our budget: A critical analysis of Nigerians budgeting system”. He said the office of the SGF had N1.223 billion as welfare package, with N580 million voted for subscription to bodies in the 2015 budget.

He said: “A breakdown of the money appropriated in the last four years indicates that in 2012, N250 million was appropriated for software acquisition, yet the sub head appeared again, gulping N100 million while the sum of N580 million was budgeted for the same expenditure.

“I begin with the Office of the Secretary to the Government of the Federation. What could justify the allocation of N1.223 billion to that office for welfare packages? The same office also has N367.715 million for subscription to professional bodies and N580 million for computer software acquisition.

“Computer software in this case constitutes a veritable sink holes for Ministries, Departments and Agencies (MDAs) seeking to pillage the treasury.

“If you check the budget for every MDA of the Federal Government, you will see identical provisions for computers, software and consumables year in year out.”

According to the Dean of the Faculty, Prof. Sam Edo, the lectures are to foster interactions between the government and the governed through the requisite exposition thereby making learning pleasurable.

Senator Abaribe graduated from the faculty 30 years ago.

This Anyim should top Buhari’s list of looters, haba how can you use N1.4billion to buy common software????

[Reported By Osagie Otabor The Nation]