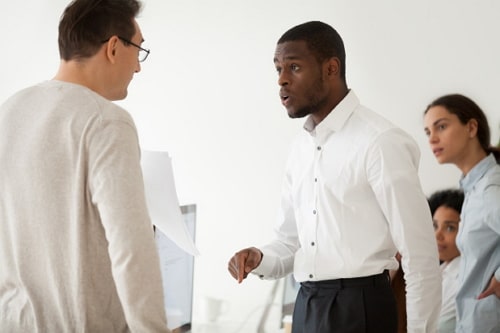 Racism is the topic for today, due to current weather of events. Especially in East Asia.

Am choosing to discuss this uncomfortable topic because, we need to keep emphasizing it until our society fully get on board the “change” bus.

Many of us have seen videos of appalling treatments of our African brothers and sisters in China. The disdain meted to them has no justification, yet there is barely a public outcry by the mainstream media.

Because the victims are of African descent. If the cruelty shared all over social media this last week, was directed towards any other group of people, there would be a different reaction to the atrocity.

As a Society, I want to know: How long are we going to continue to tolerate this kind of inhumane treatment of others before we had enough?

When can the society start holding people, organisations, and governments accountable when the perpetuate racism?

If we continue to stay silent, this evil prevails.

Despite the hospitality, love and respect shown to foreigners in the continent, Africans continue to be a target for racial discrimination and profiling wherever they go. This is not ok. It needs to stop. It’s affecting the lives and mental wellbeing of the victims.

Although I admit, it is going to take more than just words to change centuries held believe by perpetrators of racism, (that they are, somehow better and more deserving of respect than others). But doing nothing at this point, is no longer an option. Cause nothing will change unless we actively work to make it happen.

More often, the realities of racial discrimination in our society is laid bare. In schools, offices, public transports, restaurants, and other public places. It is becoming a daily occurrence that certain people are targeted by systems structured to this effect.

As an African woman myself, I have had my fair share of this unfortunate treatment. I have been frowned upon when I enter certain shops to patronize a business. I have been uncomfortably followed around by shopkeepers, who believe I may shoplift, if left alone. (I have never shoplifted in my life)

I have been impolitely served at restaurants (on many occasions I waited a lot longer than those who enter the restaurant after me, to be served the same meal)

I have been overlooked at various service places by attendees, who would pretend they did not notice me, and would go on to serve every other person, before coming hastily to ask me what I wanted. Treatment they would not mete to non-black customers. I have been forced to develop even thicker skin as the days go by, but no one should have to live this way. And my case is not unique.

In the outer black community, many young educated, skilled Africans are denied employment, even when the applicant have the qualification and expertise required. They are still not considered because of their race.

In some hospital, there have been claims and evidence of poor treatments and care given to people of African origin. Mind you, these patients have their health insurance and can afford their treatments, yet they are not offer the best care by the healthcare providers due to racism. (there are dozens of published research on healthcare racism for reference)

These poor treatments and many more to name a few, is what people expect a black person to put up with, and it is not OK. Can you consider walking in the shoes of racism victims? I bet you will not like it.

It is not ok to purposely mistreat someone, deny opportunity or cause psychological stress on others, because they have a different skin pigmentation.

Racism is a result of ignorant believe created to give credit to some and deny relevance to others. I urge everyone to publicly and vehemently reject this behaviour on every level.

This can only be achieved if we all start doing our part to end this anti-social behaviour.

Unfortunately for the society, racism is being taught at the grassroot. Parents indoctrinate their little ones with this mentality from the beginning, with words and actions. Hence, the fight to “end-racism” must start from the home.

Parents need to start teaching their kids, to respect and appreciate people as they are. When we do that that, we stand a chance at eradicating this evil, that has riddled society with extremism.

Racism is antisocial behaviour that has no place in any society. So, my message today is that; Just as we reject domestic violence in all its forms, so should we take a “Bold Stand” against Racism.

The thought of another human being as less important, or of lesser value to you is a thought inspired by ignorance. There is no evidence that one race or gene is best in all forms, while others are worse or of less value. We must discourage this attitude within our families, our workplace, and our communities at large.

We are all different, that is a fact, but to think that you are better, more important than others, based on ethnicity alone, is a BLATANT lie.

Anyone who harbor such thought or encourage it with their actions is simply displaying ignorance. When it comes to humanity, there is no such thing as Superior Person or Race. We are equal humans and should be treated respectfully regardless. We can all co-exist peacefully if we learn to respect one another. There is good in everyone, let us all work together to foster that, instead of creating a toxic society full of negativity.

The energy you put out to the world, will always find its way back to you. So, try to exude positive attitude, you never know who is watching and learning from you.

I hope as you read this article today, you will start in your own little way, to champion the change we all want to see in our society, because everyone deserves RESPECT.

Author the about: Sonia A Nwajei is the founder of sanpublishing.com

Continue Reading
You may also like...
Related Topics:counter racism