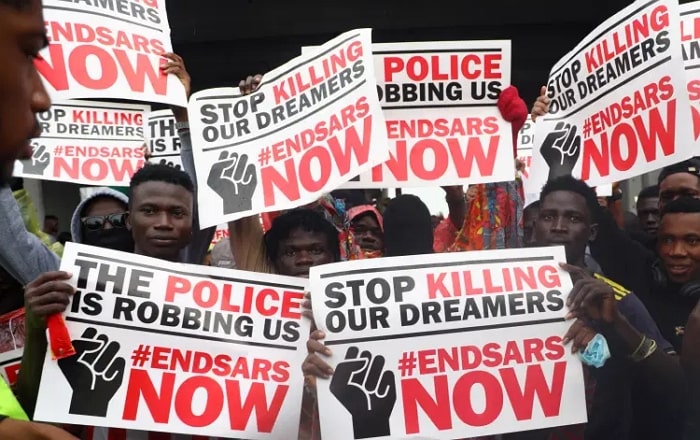 The world suffers a lot, not because of the violence of bad people, but because of the silence of good people. In the award winning and epic book written by George Orwell in 1945, “Animal Farm”, a group of farm animals revolt and establish their own society because they were tired of their servitude to man, only to be betrayed into worse servitude by their leaders, the pigs, whose slogan becomes: “All animals are equal, but some animals are more equal than others.”

I may not be responsible for any leader that comes to the minds of the reader of this piece but I am in no doubt that George Orwell book is truer in the situation of Nigeria presently than at any other time in the history of the nation. George Orwell, the author of the famous book once said, “The day people realize that if they are in large unified numbers, they can demand anything from their government. Is the day the government is in big trouble, that is why they keep you divided”.

The movement is the beginning of our demands for timely reforms towards sustainable development. We owe it to our children to make demands on the government to wake up from their slumber to their responsibilities. If not now, then when?

It is an organic movement that is not led by any individual but a general out-cry from many years of intimidation, strangulation and decimation of the future of the Nigerian youths. The frustration of the Nigerian youths has just reached a tipping point with the #EndSARS movement and a very sensitive observer would have noticed that this is just the beginning of a wild revolution. We are in for a chain reaction that will spread like a wild fire into other institutions where impunity, corruption and wickedness have been perpetually institutionalized.

The Police Force will be brought to reckoning; the National Assembly will be made to vomit the wealth of the nation that they have swallowed; religious leaders that are always sitting on the fence in perilous times will be unmasked; corruption in high places will be exposed and the untouchables will be made accountable!

The time prophesied for a new Nigeria has come! The Prophet said, it will start with a Prophesy, followed by a Protest and the Nigerian youths will then rally to Pray and Plan, then the much awaited POWER will come back to the youths and they will change Nigeria and Nigeria will trigger the revolution in the whole of Africa.

The 5 P’s (Prophecy-Protest-Prayer-Planning-Power) is an ultimate design by God himself to transfer the power baton from spent and corrupt leaders to the dynamic and progressive youths. We are in the ‘Protest and Prayer’ phase presently and nearer than ever to the last phase which is the phase that power-must-change-hand!

In order to make us understand how this was prophesied some few decades ago, I will start from the man to whom God committed the vision to-Pa S.G Elton! For those who only see this unique move triggered by the #EndSARS movement as a protest, it is more than just a protest-it is a wave of revival, revolution and restoration. Pa Elton was actually very instrumental to raising saintly Joseph Ayo Babalola and the gregarious Benson Idahosa. These were just two out of the army of renewed thinking leaders raised during his visit to the country since his arrival in Nigeria in 1937 with a clear mandate to raise a new breed of leadership. Even our own dynamic Akinwumi Adesina, the present President of the African Development Bank (AfDB) was said to have gotten his unusual leadership drive from his contact with the legendary Elton. No wonder he operates with an evangelical zeal and unwavering focus that one can now properly place because his path once crossed with Pa Elton’s.

Pa S.G. Elton opined that the Nigerian youths will start a revolution that will spread like a wild fire. He said, “Nigeria and Nigerians will be known all over the world for corruption. Your name — Nigeria will stink for corruption but after a while a new phase will come — a phase of righteousness. People from the nations of the earth will hold to a Nigerian and say, we want to follow you to your nation to go and learn righteousness”.  One of the things that I have been able to conclude upon for the past few days is that for Nigeria to evolve, the youths must be involved! The well-coordinated manner in which the youths handled donations and food distribution shows that corruption, sectionalism, ethnicity and religious bigotry all have no place in the new Nigeria.

In the past few days of protest, I have seen a great display of synergy, compassion, accountability, unity and resilience among the Nigerian youths. We have youths that have proven to be the most resilient, articulated, educated, detribalized, collaborative, digitally savvy, patriotic, artistically talented and most law-abiding generation of Nigerians. The way the youths organized and coordinated their protest online and schedule their meetings was far above board.

Imagine young people raising about 25 million naira for the #EndSARS protest and protesters are testifying all across the country to the impact of the disbursed fund on food, logistics, transportation and medical supplies yet the federal government received N36.3 billion public funds and donations from individuals and organizations without any tangible thing to show for it! During the same time, Presidential Task Force (PTF) on COVID-19 spent N22bn; 36 states spent N7bn to support their COVID-19 initiatives; Nigerian Air Force spent N877m for deployment of assets in support of COVID-19 operations; and Nigeria Police spent N500m!

The youths have become unstoppable and dynamic in their approach but this movement is not foolproof from unholy interference and this is where the youths have to be very cautious and sensitive. We must never allow our good deeds to be evil-spoken of. This is the time to pray that candid prayer in our national anthem: O God of creation, direct our noble cause!

Something happened recently that provoked many youths to action and actually showed the level of compassion exhibited among the Nigerian youths which is obviously lacking among our present crop of leaders. A young lady with a disability came out to join the #EndSARS protests in Abuja. It was later found out that due to her disability she’d been unemployed since 2013. The youths mobilized within themselves and asked people to raise money for a prosthetic leg for the young lady. The initial budget was N500,000. In less than 30 minutes, the money was raised. The youths decided to raise the budget further to 1.5 million naira in order to at least sponsor a business for her to do and take care of herself. In less than 3 hours, over N2million was raised. The best part of it that that brought tears out from my eyes was when the person to assemble the prostheses was contacted. He and his team offered to do it for FREE! The youths eventually raised 4.1 million naira for this laudable cause. I have no doubt in me that this is the generation that we have all been waiting for. Imagine a group of youths that the government created no jobs for but are creating jobs for themselves!

Chief Obafemi Awolowo warned our leaders many years ago when he said, “The children of the poor you failed to train will never let your children have peace”. This is a time for every leader to align themselves with the youths so they don’t miss out of destiny opportunity. This is not just a protest, Nigeria is in the theatre room groaning to give birth to a new Nigeria. This is not old school fight, this is digital youths fighting analogue leaders in a digital age! You don’t need a soothsayer to tell you how this will end. We are living in an era where armored tank and riffles can’t keep pace with tweets and hashtags. Every religious leader must stand for something as the youths are now becoming loyal to leaders that are loyal to their course and demands. There is no standing on the fence, we must all stand for something!

I want to admonish all the Nigerian youths to join this massive protest in any form they can. Protest, Pray, Donate, Post, speak up and never be intimidated. We must not allow the protest to be used for settling scores but make it a medium to propagate our grievance and out-cry to the government. The youth must never allow this movement to be hijacked or polluted for political gains.  This is the gateway to a new Nigeria; the trigger for a new Nigeria!

QUOTE OF THE WEEK: “Africa is like a hand-gun turned downwards; Nigeria is the trigger”- S.G Elton

Continue Reading
You may also like...
Related Topics:end, nigeria, sars

The Skill Revolution
Obafemi Awolowo: The Class Warfare And The Man Who Saw Tomorrow!