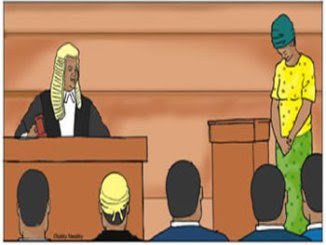 A Customary Court sitting at Iseyin in Oyo State on Wednesday dissolved a marriage contracted five years ago over inability of a husband to pay dowry.

A correspondent of NAN reports that Azeez Akeusola watched calmly as court terminated his marriage to his wife Rashidat, due to his inability to pay dowry and other allegations.

“This court finds it disturbing that families of the estranged couple were unable to resolve the lingering crisis between their children who have been married for five years.

“Evidences of threat to life, lack of love and care are obvious. Both families have also lost interest in the union.

“At this juncture, I hereby pronounced the marriage dissolved,” the President of the court, Adelodun Oyegbenle, ruled.

NAN recalls that Rashidat had approached the court seeking dissolution of the marriage over allegations of non-payment of her dowry and a lack of care, among others.

She told court that the union had produced a four-year-old child.

Rashidat also told court that she had tried without success to convince Azeez to do the needful.

“He said he does not have money, yet, he is living very large, drinking and partying every day.

“He claims he does not have money to pay my dowry and be responsible at home.

“I’m tired of living in this kind of marriage. I take care of the family all alone and his family members don’t appreciate that because they keep ganging up against me.

“I have to find my way out of this marriage before they do me harm because they are fetish people,” she alleged.

“I’m consenting to the dissolution not because she was correct in all that she said but because she is a very rude and uncultured woman.

“She talks to my family members very rudely and in a manner that says she lacks home training and discipline. I’m no longer interested too,” he asserted.

In the judgment, Oyegbenle bemoaned the inability of all parties concerned to resolve the matter out of court.

He, thereafter, dissolved the marriage accordingly.

This is the second time within a month that the court has had to dissolve a marriage on allegation of non-payment of dowry.