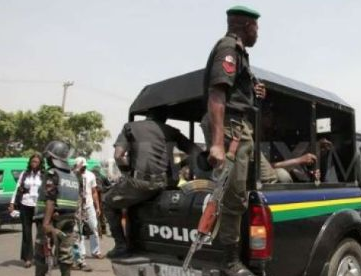 The late Okechukwu had after church service last Sunday, went for a wedding ceremony in the city, with his new wife. As they were going home after the event, on getting to the popular Ukwu Apu bus stop along Umule in Osisioma Ngwa Local Government, a policeman was said to have stopped a commercial tricyclist and demanded N20 bribe from the rider.

But the police spokesperson, Nta Ogbonnaya Nta, said it was not true.

The rider according to a source, reportedly refused to accede to the request of the policeman said to be notorious in the area. He fired at the operator and Okechukwu was hit on the forehead as his wife watched.

A witness said: “The man was returning from a function with the wife when a stray bullet from the gun of one of the policemen on duty at the check-point, hit him. “He died before help could come his way”.

The incident caused pandemonium in the neighborhood, as shop owners hurriedly closed for business in an attempt to evade possible police mass arrest.

But ASP Nta said according to an entry made to the police by Okechukwu’s widow, Uju, the killer was in mufti. He said Commissioner of Police, Adeleye Oyebade, is investigating the incident. [Daily Sun]

Court Dissolves Marriage Of 5 Years In Iseyin Oyo State Over Husband’s Inability To Pay Wife’s Dowry
Tapping Into Your Creative Mind Part 1: How To Put Your Inner Creativity To Work