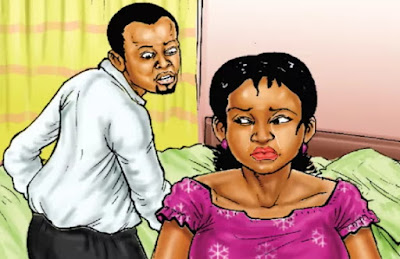 January 29, 2018 – I Can’t Continue To Make Love To A Stubborn Woman Who Swears & Hurt Me On Daily Basis – Pastor Tells Court

A Pentecostal Pastor, Bernard Towoju has urged an Igando Customary Court, Lagos, to dissolve his marriage to his wife, Abosede, for allegedly using her private part to invoke curses on him.

Towoju, 53, said in his divorce petition on Monday that “I cannot continue to make love with a woman who always goes naked and swears for me with her private part”.

According to him, Abosede is stubborn, wayward and troublesome.

“She once came to my office to fight me and tore my clothes in the presence of my colleagues. We fight on daily basis and hurt each other a lot.

“We always land in the police station after our fight, in fact, we are regular customers at the station,’’ he said.

The petitioner accused his wife of threatening his life, adding that his wife always hit him with dangerous weapons whenever they quarreled.

“I had to run away from the house I built 10 years ago to rent an apartment for safety.

“She chased me with cutlass, bottles and sticks; our neighbours can testify to that.

“I am afraid, I cannot sleep under the same roof with her with my two eyes closed,” he said.

He begged the court to dissolve the marriage that the love he once had for her had faded and he could no longer tolerate her ill-nature and troubles.

The respondent, Abosede, a fashion designer, accused her husband of calling her a witch.

“He said everywhere he went for solution to his problems, they always tell him that I am behind his predicament.

“My hands are clean; I know nothing about his woes.

“Towoju abandoned me and the children 10 years ago, I have been taking care of the children,” the 46-year-old woman added.

The mother of four urged the court not to grant her husband’s request for the dissolution of the marriage, saying “I still love him”.

In his judgment, the court President, Mr Akin Akinniyi, said the petitioner was adamant despite all mediation from the court and family.

“The court pronounced the marriage between Pastor Bernard Towoju and Mrs Abosede Towoju dissolved today, both parties henceforth ceased to be husband and wife.

“Both are free to go their separate ways without any hindrances and molestation,” Akinniyi ruled.