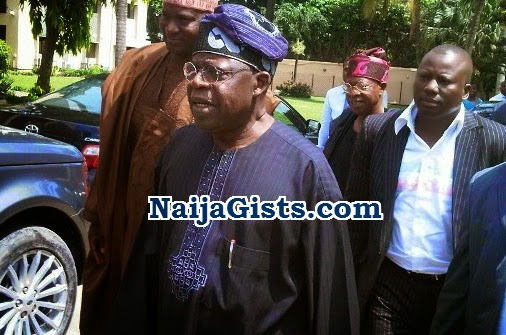 On Thursday, a Federal High Court in Lagos granted an injunction restraining the military from arresting, detaining or intimidating the leader of the All Progressives Congress Party, APC.

The restraining order granted by Justice J.T Tshoho in a ruling yesterday barred the military from arresting or laying siege on Bola Tinubu’s mansion at #26 Bourdillon Street in Ikoyi Lagos.

The military and its agents are also barred from stopping Bola Tinubu from participating in the upcoming March 28th general elections.

About 14 days ago, the news of planned arrest of Tinubu by the ruling party went viral.