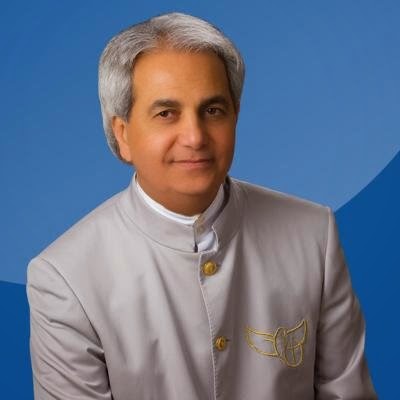 62-year-old Pastor Benn Hinn was reported to have suffered a major heart attack upon returning from a missionary trip to Brazil last week.

According to Christian Broadcasting Network, Pastor Benn Hinn was admitted for breathing problem.

A minor heart surgery conducted on him by doctors to normalize his breathing was successful.

“For those of you who know my dad, you know that he never stops; so when he spent over a week in bed, we knew something was wrong,”

“So today’s a good day. We turned a corner and even the doctor said we’re out of the critical stage now,”.

“They’re going to send him home to rest. Today was a good day. I told him God answered all our prayers,”.

Benny Hinn in a letter to supporters from his hospital bed said, “I’m feeling stronger every day, and I expect to be released very soon.”

Thank God it wasn’t a heart attack as reported by unconfirmed sources on Wednesday.