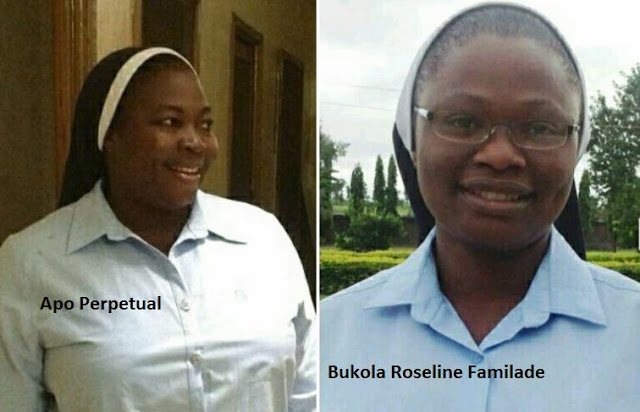 Ondo State Police Command on Tuesday yesterday paraded a physically- challenged man, Ayodeji Muyijimi, and his wife, Adebimpe, for being behind a series of kidnapping in Ondo State in the last couple of months. The state Police Commissioner, Mrs. Hilda Harrison, said yesterday that the Muyijimis were also behind two reverend sisters, Perpetual Apo and Roseline Familade, and their driver, Mr. Zwugwa Zibai, on Benin-Sagamu Expressway at Kajola village in Odigbo Local Government Area of the state in May.

Already, a suspect, Philip Isiga, has been arrested in connection with Apo and Familade’s abduction. Isiga was paraded along with some other suspects at the state Police Command Headquarters in Akure, the state capital, at the weekend. Harrison said the couple were arrested at Okitipupa in Okitipupa Local Government Area of the state.

She said the couple had confessed to the crime. The commissioner said they would be arraigned in court as soon as the police concluded investigation on the matter. It was learnt that Ayodeji did not actively participate in the kidnappings owing to his health condition but he was giving out information about their victims to other members of the gang while his wife, Adebimpe, kept the arms and ammunition the members used for the abductions.

The gang was allegedly led by Godwin Ufoma, who had also been arrested by the police, but was currently receiving treat ment at an undisclosed hospital. Harrison said the couple confessed to be members of the gang which abducted two reverend sisters and their driver in May.

She said: “The same gang of kidnappers, armed with dangerous weapons, was the one that kidnapped one Oluwatimilehin Olatunji in Okitipupa but the victim later escaped.”