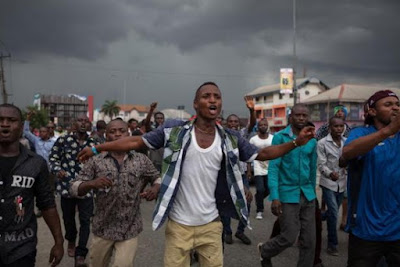 Some Politicians have hired cultists to cause mayhem in Rivers State ahead of the Saturday’s rerun elections.

In the early hours of today,some cultists invaded Mgbuitanwo, in Emohua Clan, Emohua Local Government Area of the Rivers State and beheaded 28 years- old man boy and abducted another resident of the area.

It was the home country of the Senatorial Candidate of the All Progressives Congress, (APC) in the Saturday’s rerun elections, Chief Andrew Uchendu.

We learnt that the gunmen who laid siege to the community also whisked away one of its victims to an unknown destination.

An eyewitness Mr. Nwoka James said: “The assailants entered the community in what is suspected to be a cult reprisal and mercilessly murdered a young man of about 28 years identified as Mr. Ukeoma and abducted one Mr. Eruchi.

“As I am talking with you now people are running away from the community, and I don’t think anybody will be ready to vote by Saturday with what has just happened,” he said.