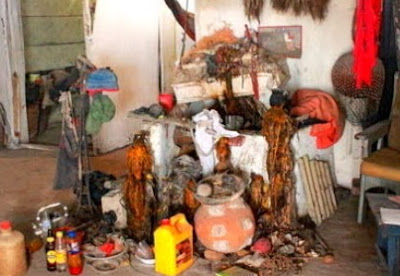 A native doctor has been murdered by some suspected cultists in Ebonyi state.

The victim identified as Chief Onupka Nwite was preparing power charms for some cult members when their rival storm the shrine and stabbed him to death.

Chief Nwite was murdered around 8pm on Friday at his shrine in Ndulo Nkwuagba Ngbo in Ohaukwu LGA of Ebonyi.

The son of the deceased Nwabueze Onukpa has reported the matter to the police.

He appealed to Ebonyi Police command to help in arresting the cultists who killed his father.