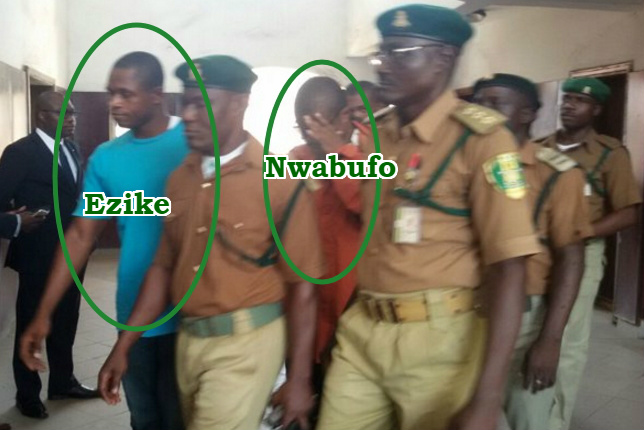 2 of the 4 men standing trial since 2012 for the murder of former General’s daughter Cynthia Osokogu are to pay the supreme price for the offence.

Okwumo Echezona Nwabufo and his nephew Olisaeloka Ezike were yesterday sentenced to death by hanging by Justice Olabisi Akinlade of the Lagos High Court who found them guilty of drugging, chaining and strangling Osokogu, who was a Nasarawa State University post-graduate student, to death at Cosmilla Hotel, Festac Town, Lagos, on July 22, 2012.

37-year-old Orji Osita and 29-year-old Ezike Nonso were discharged and acquitted of the charge of recklessness, negligence and possession of stolen goods.