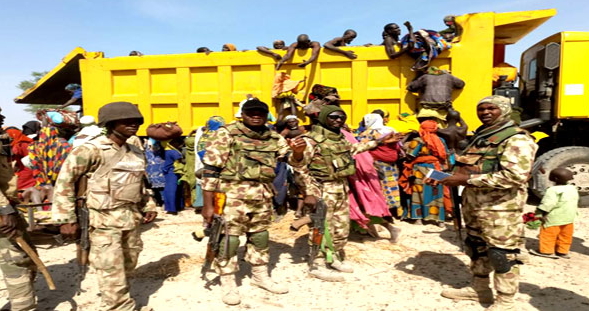 Operation Lafiya Dole troops have captured a Boko Haram Commander and neutralized for members of the sect in a clearance operation at fringes of Sambisa forest, the Director of Public Relations, Nigerian Army, Brig. General Sani Usman, has said.

In a statement issued in Abuja, General Usman said the Boko Haram Commander is currently under-going interrogation, while the troops also rescued 212 persons alive from the terrorists.

“Troops of 3 Battalion, 22 Brigade Nigerian Army, Sector 1, Operation LAFIYA DOLE, in furtherance of the ongoing clearance operations in conjunction with 22 Mobile Strike Team and some Civilian JTF, has on Tuesday, 28th November 2017 achieved a remarkable feat. 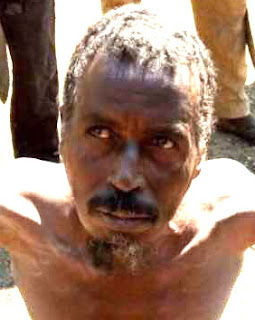 “During the operation, they were able to clear Boko Haram terrorists from their hideouts located at Kala, Jawara, Mada, Mika, Gakulba and Kutilax (Sanga), northern fringes of Sambisa forest and fringes of Kala Balge Local Government Area of Borno State.

“At Sanga, the terrorists on sighting the approaching troops from their observation post, they dashed into the adjoining Amchada forest.

“The relentless troops pursued them further and neutralized 4 Boko Haram terrorists after a serious exchange of gun fire, captured one of the terrorists commanders, the “Ameer” of Chawa, Amman Judee alive and rescued 212 persons held hostage by the terrorists.

“The captured terrorist’s leader is undergoing further interrogation while the rescued persons are being documented and the underaged children were administered oral polio vaccines”.

Continue Reading
You may also like...
Related Topics:boko haram, civilian