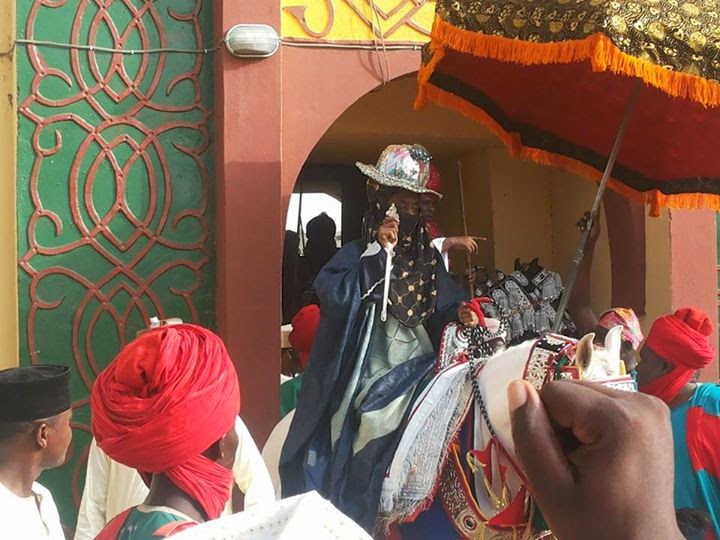 The ritual known as Dakin Duhu is a tradition that has survived thousands of years and it predates the conquest of Fulani Jihadist in 1804.”

A source who spoke to Vanguard yesterday said; “it is incumbent on the new emir to pass through the process to fortify him spiritually for the challenges ahead”, stressing that “successful past emirs passed through the compulsory ritual.”

He pointed out that “it is a living tradition in the emirate and was brought about by Habre rulers before the whole process was Islamized by the founder of modern Kano kingdom, Ibrahim Dabo, the 2nd Fulani Emir of Kano.”

The source disclosed that “the new emir is expected to go into solitary confinement for three days in a room that was last opened to an emir 52 years ago – though his needs would be provided, and he is expected to engage in glorification of the Almighty Allah while in the dark room”.

The source further revealed that “the new emir is expected to come out the third day through a new gate, and head straight to the room of queen mother located within the southern axis of the century old palace.”

Speaking on the development, however, a prince, who did not want his name in print, disclosed that “the new emir is too sophisticated to go through the rigour.

“His highness is too westernized to pass through the rigour of tradition and besides I don’t think it is compulsory”.

He admitted that “the tradition predates pre-Fulani era in the emirate, and the whole idea is being promoted and sustained by remnants of Habre descendants, the first Hausa ruler, left in the palace”

He revealed that “it is not compulsory for Sanusi because the most important thing was recognition and he has gotten that already”.