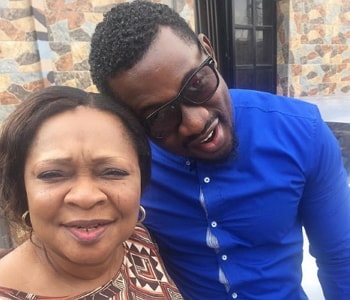 Enugu born Nollywood actor Daniel Kanayo Daniel aka DKD in this interview with TS Weekender talks about his career trajectory and his worst-case scenario.

Did you have any kind of formal training before you got into the profession?

No, but as an actor, I have gone through several seminars and workshops. My first experience as an actor was by chance, by accident. I didn’t know that I was been taken to an audition. I was asked by a lady to go with her to her friend, so I didn’t know I was going for an audition.

When I got there I discovered it was an audition, and the next thing, the director said I should come see him. I went to see him and he said he liked my haircut. Then, he said I might as well read and see where it takes me. I read and he told me that I did great. That was how it all started.

Did you have any challenges when you were starting up?

Have you encountered any actress trying to make her way into the industry take off her clothes and invite you to bed?

There is sex in every industry. Before I became an actor, I had friends who were in the banking industry, I had friends and I still have friends in other sectors and you would not believe what these people do even in schools; churches. When things happen in the entertainment industry, they are blown out of proportion because we are on TV all the time. When a celebrity has an accident and dies, it is a big deal. It’s like ‘Hey, you people are always dying’. But the industry is not cursed; people are always dying. Someone’s momma or sister just died this moment. And people are not talking about it because they are not popular. I mean there is sex everywhere, an MD of a bank, someone that works in INEC or any big office; in fact it happens everywhere. Does it happen to me; I just pray it doesn’t. I will just have to respect myself and stay decent, and stay out of trouble.

You definitely have beautiful ladies flocking around you; do you often feel tempted to do something with them?

No. Funny enough, I have never been turned on while shooting a movie. It is not like I have not dated an actress before, I have. At one time, I dated an actress, we shot a romantic film together, and of course because we were dating at the time, it felt a little bit inappropriate.

What is the craziest thing a female fan has done to you?

I always try to stay out of trouble. Nothing out of the ordinary, I have people jump on me at the airport or wherever they recognise me. One day, a girl saw me and just smacked my butt; look, you just have to be cordial with them, and they are my fans. I don’t have problems with female harassment; it has to happen.

How do you manage to be scandal free?

I don’t even know how I have been scandal free, but I will try to remain that way. You’d never see me replying to a comment or insult people on the Internet. I don’t like such negative publicity. It might have worked for other celebrities, it might have got them to the top; but… Maybe it is my morals, or the way I was brought up. I don’t think I need to do something negative to be in the public eye. I think doing my job right, and of course, doing stuffs like winning big awards, and making great movies is really enough to keep me in the public eye.

What is the worst-case scenario for you or which experience has brought you close to tears?

My worst-case scenario happened on November 11, 2004 when my dad was involved in an accident and died. That’s the worst-case scenario that I have got in my life, and it is never going to be that bad again. That is the worst experience I have ever had, and every year we celebrate him. He was 48-years-old and I was just getting to know him, because I just turned 18.

I had got to that point where my dad was my best friend and we were cool together, he used to teach me a lot of stuff. He taught me how to drive, how to swim, how to cook because my mum used to travel a lot; she is a journalist. My mom used to work with AIT and then NTA; she was the national president of Nigerian women journalists. I used to spend so much time with my dad, and when he passed on, it was my worst experience till date.

If you were given a homosexual role to play in a Hollywood movie, would you take it?

I already did that in Nigeria. It was premiered recently. I’ve never kissed a fellow man, but when you see that movie, you may think I’m gay.