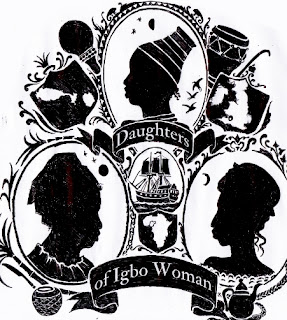 After successful tour in the UK, Daughters of Igbo Woman will berth in Lagos on November 13, at the Freedom Park to thrill film lovers.

The film was part of the Journey to Justice Bristol programme held between August and October.

It looks forward to another impressive outing and is open for a possible tour of other cities in the country.

Daughters of Igbo Woman is a literary film that recaptures and renders audible and visible the forgotten voices and lives of three generations of 18th century African women from one family permanently separated by the transatlantic slave trade in inhumanity. Utilising University of Bristol 18th Pinney archive papers, the trilogy digital shorts that comprise “daughters”, are scheduled for screening, which is open to all, at the Freedom Park on Monday November 13 by 6:30 pm as an extension of the Lagos Book & Arts Festival, LABAF 2017.

The Artistic Director, Martin says: “It is an absolute thrill and honour for daughters to be presented on Nigeria soil where the narrative begins, linking our common ancestry for those of us in the Diaspora. We, African women writers, have evoked ancestors’ voice into landscapes of our residence, in bringing together the three film shorts we symbolically reconnect to honour our common ancestral spirits who endured forced migration, separation and loss”.

The first part of the trilogy opens with Prof. Ezeigbo rendering Abu Akwa (dirge) in memory of Ojiugo in the wake of her daughter’s disappearance. Set in 1764-Uga in present-day Anambra State, Southeast, Nigeria, is during the time of the boom of slave trade when activities of head-hunters were rampant with women and children often falling victims of wars and raids.

Similarly, while Adaeze ends up on a sugar plantation in the Caribbean, her daughter – Fumnanya, is taken to Bristol, UK and her mother is emotionally forced to pen her an effusive letter.

The film has been sponsored using public funding by the Arts Council England and supported by Bristol Culture, The Georgian House Museum and Journey to Justice.

Watch the official teaser below