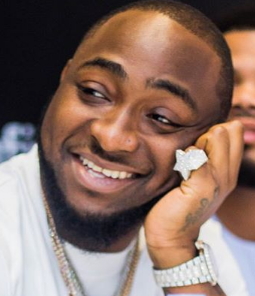 A tweet from the popular musician has sent the social media abuzz.

Uploading his picture with his girlfriend Chioma Avril, both beaming with smiles in an aircraft, Davido via his Twitter handle @iam_Davido yesterday said: “Bought already … it’s not soup. It’s hard work and ambition!”

A few weeks ago, the singer reportedly bought a N45m worth Porsche car as a surprise birthday gift for Miss Avril. Two days later, he was said to have facilitated a cooking show deal worth between N60 million and N100million for her.

Davido and his handlers are yet to give details of the aircraft purchase or shed light on the procurement of the Porsche or the cooking show deal.