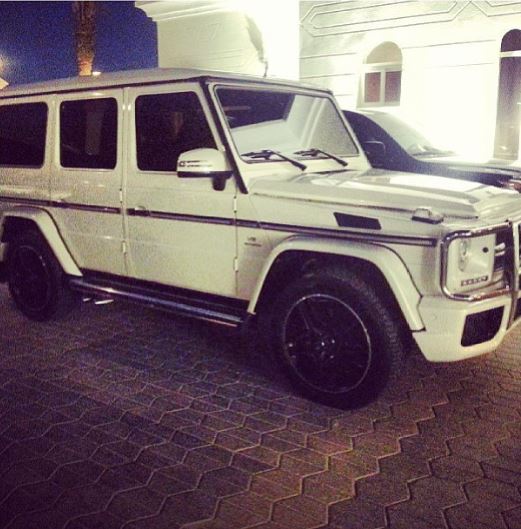 Omo baba olowo has joined the list of Naija celebrities flaunting their newly acquired wonder on wheels on social networks.

Davido announced to her Twitter fans on Tuesday that he has acquired a brand new Mercedes Benz SUV (G55) from the United States Of America.

The acquisition of his new ride came after his European tour.

He arrived Lagos 4 days ago and fans almost mob him out of excitement.

From one expensive jewellery to the other and now a 20M car. Make him take life easy o.