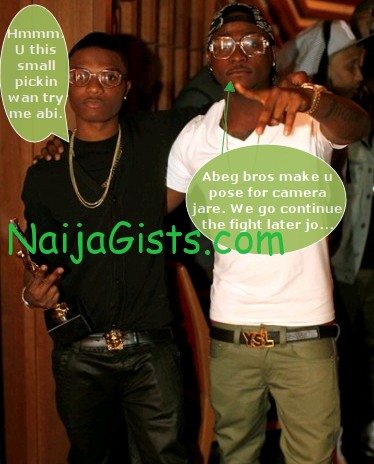 Few days ago, the news of Davido and Wizkid‘s fight went viral. naijagists.com

It was even reported that the stars had a bitter confrontational fight at the recently concluded Nigerian Entertainment Award in New York.

To clear his own side of the story, here is what Davido said in a recent interview with AMC:

“he is my brother, my nigga. We are just making money.”

Wizkid is yet to make any public statement on the alleged fight.

Infact, Wizkid’s silence on this issue is what made people believe the stars’re in silent war.