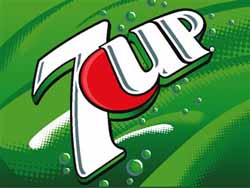 The HR manager of 7-Up Bottling Company at its Benin City plant, Mr. Sola Mosiko, has collapsed and died in a hotel room in Benin City, Edo State, Southsouth Nigeria. naijagists.com

According to reports Mosiko, 53, had gone to the hotel with a lady called Amen, a security guard at the company, to have fun when the tragedy occurred.

An indigene of Ayetoro-Gbede in Kogi State, Northcentral Nigeria, Mosiko called at the hotel with Amen after the day’s work to relax and enjoy themselves.

However, a few hours after they checked into the hotel, the lady rushed out and was shouting for help. But all efforts to resuscitate Mosiki proved abortive.

Amen was later arrested and handed over to the police at Ekiadolor Police Station, Benin City. She was detained for three days after which she was released.

According to sources, Mosiko’s wife and children left Lagos for Benin City to spend their vacation with him and on the night of the incident, his wife made several calls to his phone without any response. But the following morning, the police used her husband’s phone to call and invite her to the hospital where Mosiko was taken to.

A source said: “When Mrs. Mosiko’s phone rang in the morning, she felt something was amiss since she could not sleep throughout the night while awaiting the arrival of her husband at home. She became more worried when the caller, a policeman invited her to a hospital.

“Initially, she thought it was an accident. But she was shocked when she searched her dead husband’s body and saw no wound. She was later informed that her husband died in a hotel.”

The corpse of the former manager was deposited at the mortuary.

Edo police Public Relations Officer, Anthony Airhuoyo, called the Divisional Police Officer, DPO, of Ekiadolor police station who confirmed the death of Mosiko, saying that the case was officially reported at the station. He denied linking his death with his girlfriend, Amen.

“His death was not linked with the woman. He was only reported to have died of Sudden and Unnatural Death (SUD),’” the DPO said.

He said no family member of Mr. Mosiko has come forward to indicate interest in pressing charges against Amen.

An expert, who does not want his name mentioned, who commented on the incident, said for Mosiko to have died of sudden and unnatural death was an indication that he either died of cardiac arrest or heart attack while having sex with the girl. The police were also silent on his girlfriend. But the case was not reported or transferred to the Homicide Department at the Police Command Headquarters in Benin, of the case even after the incident was reported at Ekiadolor police station.(PM)

The reward of sin, may God have mercy on him!

Abi wetin consign a married man with another woman in a hotel room?