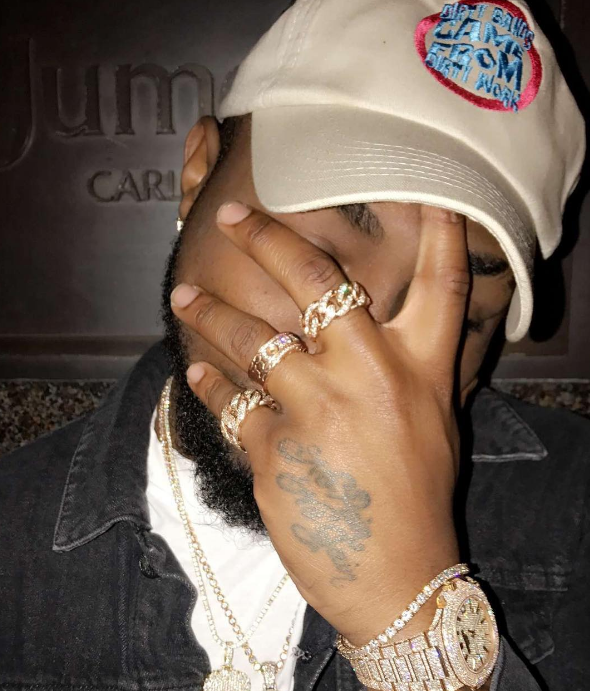 A man on Instagram @mrchrisonline has come after Davido who escaped being beaten to stupor at a night club in London recently.

Chris called out Davido and warned him to watch out for him.

He added that David Adeleke and his boys escaped while his thugs beat up his crew members. 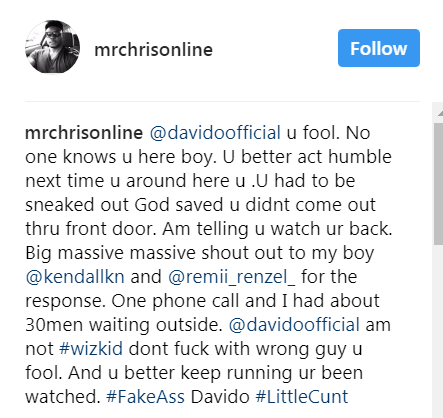 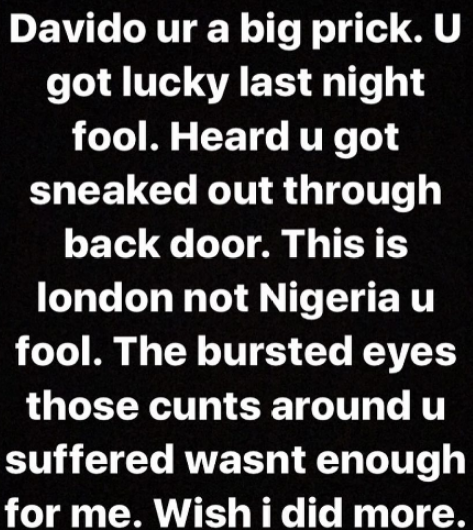 This is Mr Chris, the troublemaker who called himself a socialite. 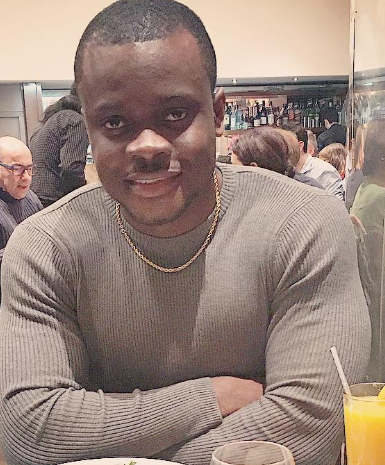 Some people will do anything to get noticed.

Lola Margaret Still In Atlanta Police Detention: How Yahoo Yahoo Boys Got Actress Into Trouble
Uche Jombo Deletes Fake Instagram Account She Created In Husband Name To Apologise To Herself