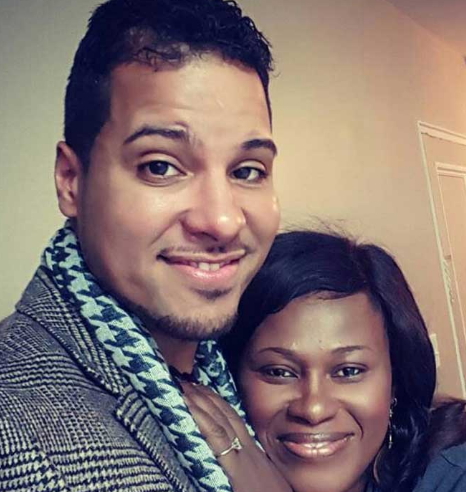 July 13, 2017 – Uche Jombo Allegedly Created Fake Instagram Account In Husband Name To Apologise To Herself To Cover Up Broken Marriage

Uche Jombo Creates Fake Instagram Account In Husband Name To Apologise To Self, Deletes It After Fans Exposed Her

Nollywood actress Uche Jombo has been busted for allegedly creating a fake Instagram account in her husband’s name to apologise to herself in the wake of a cheating row that brought her marriage crash into the media.

Her hubby took to the social media yesterday to render a heartfelt apology to her.

In the statement that went viral yesterday, Kenney Rodriguez allegedly told the actress he has hired a lawyer to deal with bloggers flaming their marriage crash rumour. 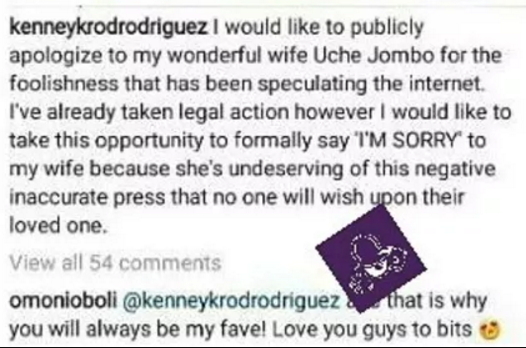 Well, today the social media has started buzzing after some fans came after Uche Jombo for being the brain behind the Instagram page opened in her husband’s name.

The mother of one was called out for trying too hard to make people believe her marriage is back to order.

IG trolls claim that the newly created Instagram page is being managed by Uche Jombo and her best friend Omoni Oboli.

See some comments from disappointed fans below 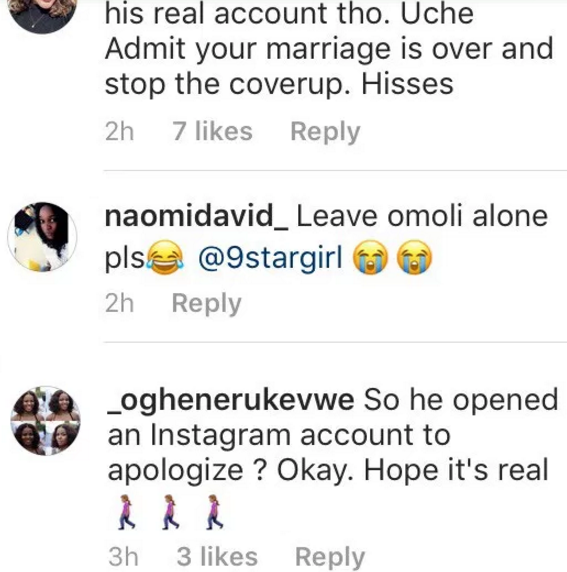 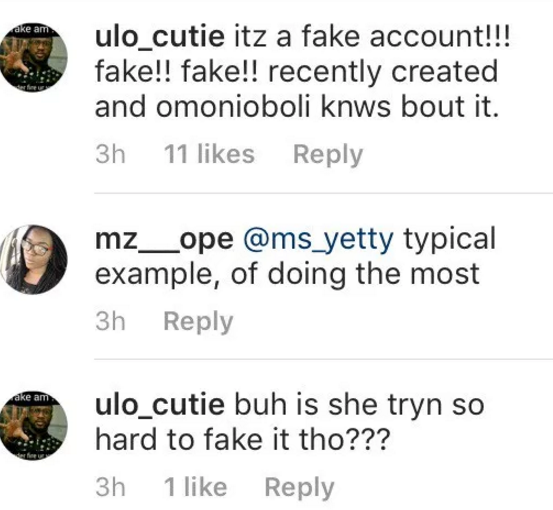 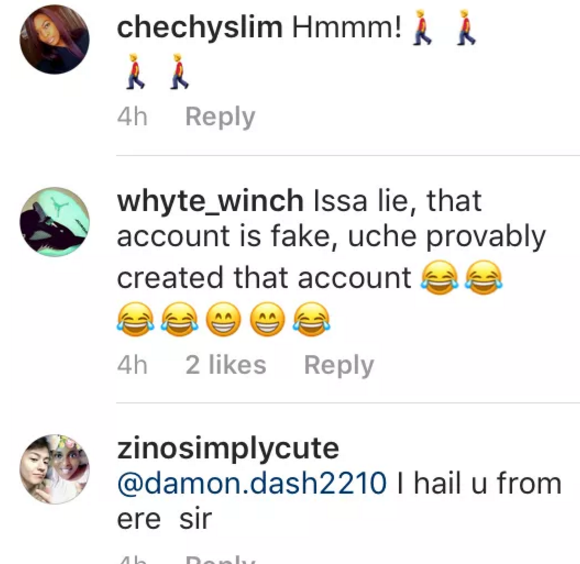 To confirm fans suspicions, the Instagram page @kenneykrodrodriguez which released the apology statement has been deleted.