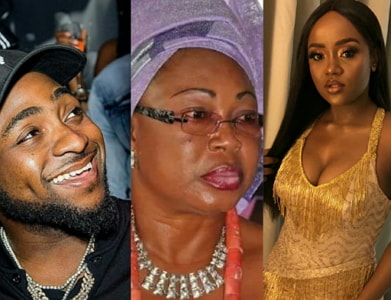 A woman who is not so impressed with the trending news of Davido’s girlfriend Chioma has come after her mother for allowing her daughter to date notorious baby daddy, David Adeleke because of money.

The Nigerian woman, Emil Rock said she is still in shock as to how a decent Igbo mother will allow her daughter to date Davido, whom she calls manner-less, violent, loud mouthed and a morally bankrupt boy who doesn’t deserve beautiful Igbo girls like Chioma.

Actress Queen Afia Schwarzenegger Says She Is Ugly As She Agrees With Those Bullying Her
Kanye West: Jay Z & Beyonce Hurt My Feeling For Refusing To Attend My Wedding