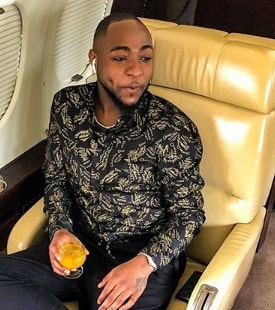 Music star Davido is set to reward his 30BG crew.

According to the 26-year-old Billionaire, he is shopping around for cars to treat people who are loyal to him

The “Wonder Woman” crooner took to his Instagram stories during the week, where he announced his plans to buy cars for his crew. Just so we all know that he isn’t joking, Davido shared a photo of the first recipient of the car gift in his crew, Aloma.

He is one of the few wealthy Nigerian celebrities with no NGO that gives to the poor.

Continue Reading
You may also like...
Related Topics:davido, ngo