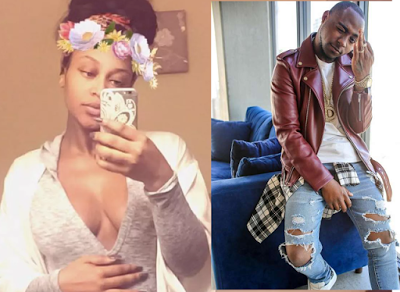 March 10, 2017 – Davido Takes After Wizkid, Impregnates Atlanta Based American Girlfriend..2nd Baby Due In May 2017

If the latest story coming from singer David Adeleke’s camp is anything to go by, the Omo Baba Olowo crooner will soon become a single father of two.

24-year-old Davido who is already fathering a young girl named Imade Adeleke with his ex-girlfriend, Sophie Momodu is said to be expecting his second child with a Georgia State University undergraduate named Amanda who is based in Atlanta.

24-year-old Amanda is currently enjoying the company of Davido in Atlanta where his dad, Dr Deji Adedeji marked his 60th birthday on Monday.

Amanda who will turn 25 in September is due for delivery in May.