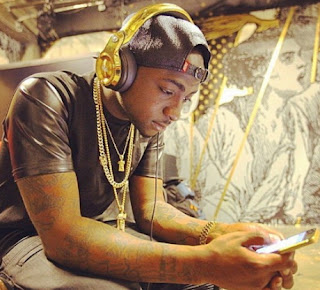 Omo Baba Olowo crooner, David Adeleke has revealed that his style of singing has endeared him to world leaders including 13 presidents.

The controversial Hip Hop singer stated this in a recent interview with MTV Base, few days after tickets for his ’30 billion tour’ London show billed to hold in February sold out.

Davido, who released his first song titled, ‘Back When’ in 2011 said, “When I released my first song back then, I did not know that it was going to be that big.

“Then I went back to school and the love that I was shown was overwhelming, let alone the way girls began to treat me.”

The 25-year-old continued, “That one song with the video made my father realise that I had the talent. And then, I did the song, ‘Dami Duro’.

“The song became so big and I remember that the President at that time, Dr Goodluck Jonathan called my father to talk about me and the song.

“Even during my father’s business meetings with his friends, they would mention my name and the song.

“Before long, I started travelling and doing shows around the world; Now I have the numbers of about 13 presidents on my phone and if I call them, they would answer the call,’’ Davido said.

Davido who is the son of popular business magnate, Chief Deji Adeleke, often talks about the friction he had to encounter with his family because of his music dream.

He, however, succeeded in convincing his father in particular and went ahead to release two critically acclaimed studio albums – ‘Omo Baba Olowo’ in 2011 and ‘The Baddest’ in 2013.

The singer was recently awarded as the ‘Best African Act’ and ‘Best Worldwide Act’ at the recent MTV EMA awards.

He signed a record deal with Sony RCA in the United States in 2016, few months before co-founding his own record label, HKN.