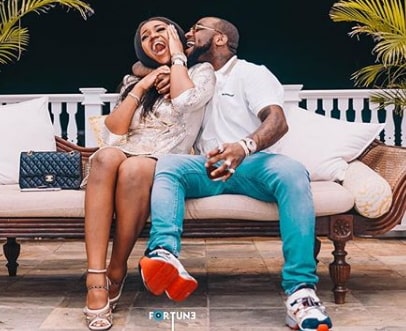 How Davido Met His Wife To Be, Chioma, An Seventh Day Adventist From Imo State

Most fans of Davido have never thought they would live to see the day the singer would talk about settling down. But this magical (and very mysterious) young woman has apparently worked her charm on the star.

We can already hear the wedding bells ringing in the distance. So we should definitely talk about the person who stole Davido’s heart. Here are few things you should know about her:

· Chioma Avril Rowland was born May 1, 1995. She comes from Imo State from a family of Seventh-day Adventists and she has a sister by the name of Jennifer, who is a fashion designer. Chioma often models her sister’s creations and looks beautiful while doing it.

· Chioma was an Economics student of Babcock University. She was supposed to graduate a few years back not until Davido appeared in her life.

· She has proven to be a great cook as she has shown the world her cooking skills through her Instagram page (@thechefchi). She seems to be more interested in the Nigerian cuisine, so Davido must be a lucky man, eating all of that deliciousness.

· Chioma and Davido met at Babcock University as Davido was a student from Babcock University in the Department of Music. It turns out that the two have known each other for over five years. Davido has had a thing going on with Chioma even before he met his baby mamas.

· She came into limelight after being spotted with the popular musician on several occasions including family events.

· Davido made his relationship with Chioma official after he surprised her with an expensive car on her 23rd birthday with the plate number tagged Assurance the title of one his song which he dedicated to her.

· She has featured in his popular song video ‘Assurance,’ which was the talk of the town. Recently on his Instagram page he revealed that he featured her on his new song video, which is yet to be released.

· She is a brand ambassador for Sapphire Scents with other top celebrities and other big brands.

· Chioma is said to be very supportive of Davido’s career and helps feed his entire team when she needs to.