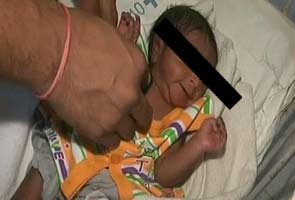 The accused were arraigned in court on Wednesday on a two-count charge of criminal conspiracy and abandonment, contrary to sections 97 and 237 of the penal code.

The Police Prosecutor, Sgt. Lawrence Mowette told the court‎ that one Usman Suleiman of Tsohon Area of Sarkin Pawa reported the matter at the Divisional Police Headquarters on Oct. 18.

Mowette said the complainant alleged that he had gone to his farm near a river on the same day when he found a day old baby tied in nylon and abandoned close to the railway bridge.

The Prosecutor added that investigations showed that the baby had been born by the 1st accused who conspired with the 2nd accused, her mother, to abandon the child.

When the charges were read to them, they pleaded not guilty.

The prosecutor, thereafter, prayed the court for an adjournment to enable the police complete investigation.

In her ruling, the presiding magistrate, Hauwa Baba, ordered the accused to be remanded in prison custody and adjourned the case to Nov. 16.