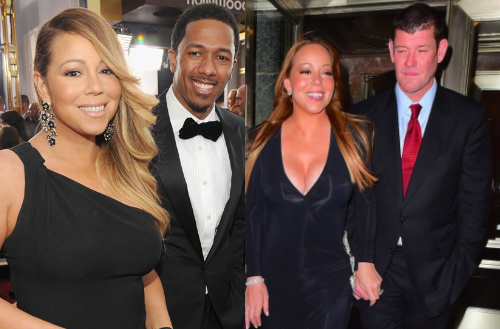 Page Six just revealed that star singer Mariah Carey was dumped by her fiance days after she practically begged her ex-husband Nick Cannon to sign their divorce papers.

The couple who filed for divorce last year January announced their split in August of the previous year.

The divorce was finally settled in September when Mariah called Cannon to say:

“I want you to sign the divorce papers. I really want to get married to James Packer.”

Now that Packer has dumped Mariah, she is spending most of her time with her backup dancer Bryan Tanaka while asking her fiance for a multi-million dollar separation settlement which she may not get. 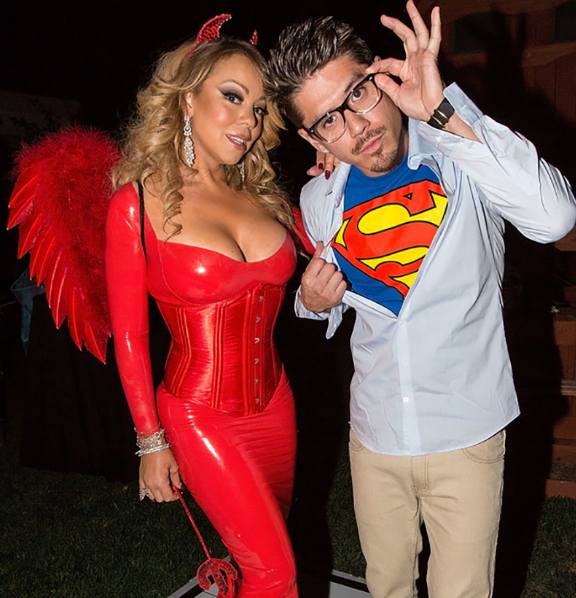 Pictured above is Mariah and her new boyfriend (backup dancer) on Halloween Day.