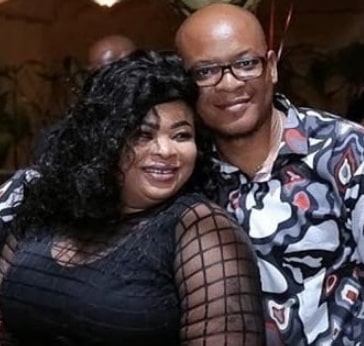 Nollywood actress Dayo Amusa has found the man of her dreams.

According to entertainment insiders, the man at the center of Amusa’s heart is the founder of Wale Ade Auto, a Nigerian car dealer who has a chain of businesses across the United States.

Even though Dayo Amusa is not the only woman in his life, a source said the actress who has no problem marrying a married man is happy with the gentle Yankee big boy.

Recall that few months ago, Dayo Amusa revealed that she is engaged. She revealed this, after a fan jokingly asked if he could take her out on a date and even marry her.

This explains why she was always talking about marriage and matters of the heart.

Even though she is yet to officially disclose it, many believe the two lovebirds will marry this year.