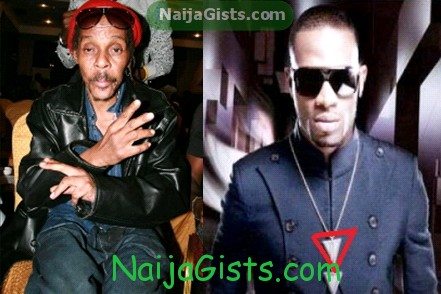 In this interview with NET, fearless Majek Fashek who boldly declared his love for Wizkid and 2face also expressed his dislike of D’banj’s music style.

The reggae musician said he doesn’t like D’banj’s music because he has sold his sold to the devil after he allegedly joined the Illuminati secret society.

Hear Majek Fashek in his own worlds below:

“I like Wizkid and 2face, they play good music,” the ‘Rain maker’.

“I don’t like that other boy called D’banj, those ones that went to join Illuminati. How can you go and sell your soul to the devil because you want to be famous. I don’t even like his music anyway.”

Few weeks after his kidnappers released him, the talented guitarist is still battling some mental issue that might have resulted from his substance abuse problem.

He was admitted to a private hospital in Lagos state Nigeria in December of last year. Due to his drug abuse battle, he is currently struggling to save his crumbling musical career.

Drug battle asides, Majek Fashek is a fearless personality who is unafraid to express his opinion.