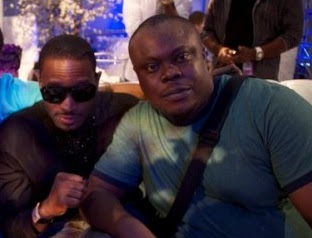 March 26, 2013 – D’banj Slapped His Manager Bankuli – Working With D’Banj Is As Tough As Hell – Insiders

Two weeks ago, Abisagboola Oluseun John aka Bankuli, the manager of Nigerian music star Dapo Oyebanjo popularly called D’banj was rumoured to have been fired by the star.

Bankuli has broke his silence on this ongoing rumour.

Below is what D’banj ex-manager said;

“D’Banj didn’t fire me. I just decided to move on. I was shocked when I read that he fired me. Whoever leaked that story was just being malicious,”

Though Bankuli didn’t reveal whether he was slapped or not, a source very close to him claims D’banj is a very tough person to work with.

Here what the source said below;

“Bankuli actually left for Paris after the Koko concert in December and D’Banj wasn’t aware of the trip to Paris to drop adlibs on Kanye’s next album. This got D’Banj angry. He slapped Bankuli and subsequently fired him,”.

But Bankuli denied having a heated argument with D’Banj. He also denied travelling to Paris to work with Kanye West without D’Banj’s consent.

Another source said Bankuli actually walked away after enduring a series of indignities from the artiste.

“Bankuli showed courage and walked away because I believe he had had enough. Working with D’Banj is as tough as hell. Do you know that everybody that works with Baba (D’Banj) always gets tired of him and walks away? Fired him? No,” the source said.

30 thoughts on “D’banj Slapped His Manager Bankuli: “Working With D’Banj Is As Tough As Hell” – Insiders”