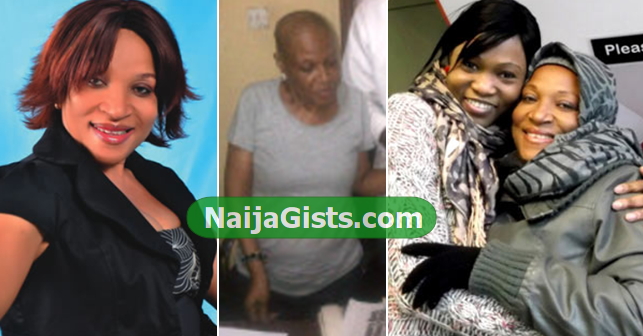 Few days after doctors released her from a London hospital, Nigerian actress Ngozi Nwosu is very thankful to God and to her supporters who donated the fund she needed to begin her medical treatment abroad.

The actress was quoted to have said she is really grateful to God who healed her and her supporters worldwide who contributed on-time for her treatment.

Ngozi Nwosu who has been placed under doctors watch after surgery is set to return to Nigeria soon.

Thanks to Lagos state government under the leadership of Governor Babatunde Raji Fashola and other Nigerians who donated the money she needed.

She travelled to London, UK few weeks ago for the highly needed surgery which became successful.

Ngozi Nwosu was spotted two days ago on the streets of London with Tokunbo Adebesin, the publisher of Tkbesh Magazine.

Why I Relocated To Nigeria: “There Is No Place Like Home”
D’banj Slapped His Manager Bankuli: “Working With D’Banj Is As Tough As Hell” – Insiders