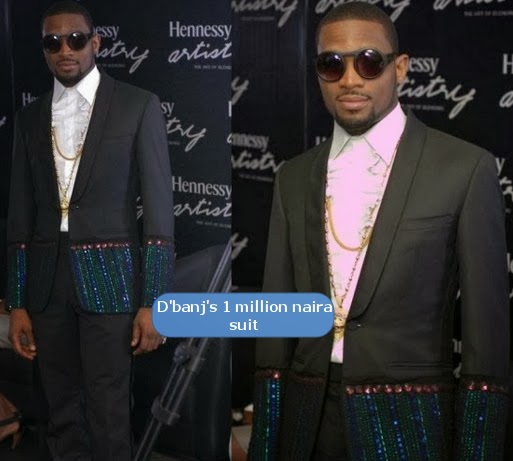 Nigeria’s most controversial artist and former member of Mohit records, Oladapo Oyebanjo aka D’banj is back to his lavish lifestyle.

The popular singer stormed the venue of the recently concluded 2013 Hennessy Finale on Saturday October 19th, 2013 in a bizarre-looking 2 pieces suit that costs a whopping one million naira.

According to sources, the alleged Illuminati suit D’banj wore to the Federal Palace Hotel in Victoria Island this past Saturday was designed and custom made for him from the United States of America.

One million naira suit just for one night, D’banj nah you get power o.