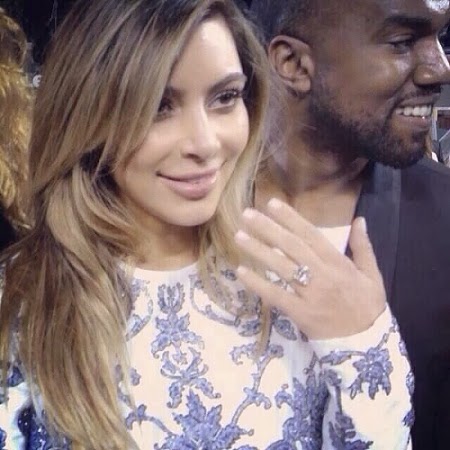 The surprise proposal took place at a stadium in San Francisco city in Northern California on Monday October 21st, 2013 in front of family and friends.

Kanye West popped the question of a lifetime to Kim during her 33rd birthday celebration last night.

And guess what, she said YES.

As part of the proposal, a big banner was set up at the stadium with the wordings “Pleeease marry meee!!!” as Kanye-sponsored orchestra plays “knock you down” music in the background.

See the photo of the stadium where Kanye West proposed to Kim Kardashian below: 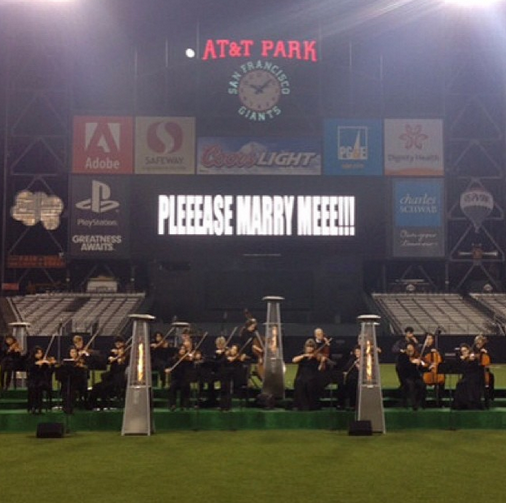 What a romantic proposal! Awwwww! so cute