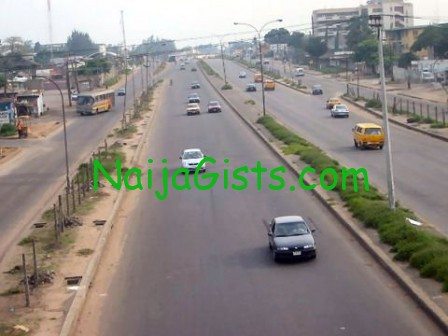 A dead baby wrapped in polythene bag was discovered on Tuesday along Lagos-Ikorodu Expressway. naijagists.com

According to a passers-by, the corpse of the newly born baby might have been dumped there on Monday night or very early on Tuesday morning.

Another eyewitness said the baby might have been dumped by prostitutes who parades Benson estate in Owutu, Lagos.

“I got to work this morning (Tuesday) and saw a nylon bag beside the compound. Out of curiousity, I went close and saw that it was a baby that was put there. I guessed the prostitutes in the brothels around here might have done it,” said an anonymous witness.

“I was surprised when this morning I saw the baby lying here dead. It was so gory a sight that people found it difficult to look at it. I had to call the Owutu Police Station to inform them to take necessary action.” stated another witness

As at the time of this report, the corpse of the newborn baby has been removed.

Who could have done this to this innocent baby? Haba people are wicked o.